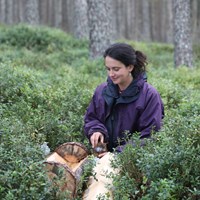 Genevieve is an experienced science communicator and a skilled photographer. She loves to encourage more people to take an interest in, and protect, often overlooked invertebrates and their habitats. She does this through social media, giving talks, and writing blog posts and articles.