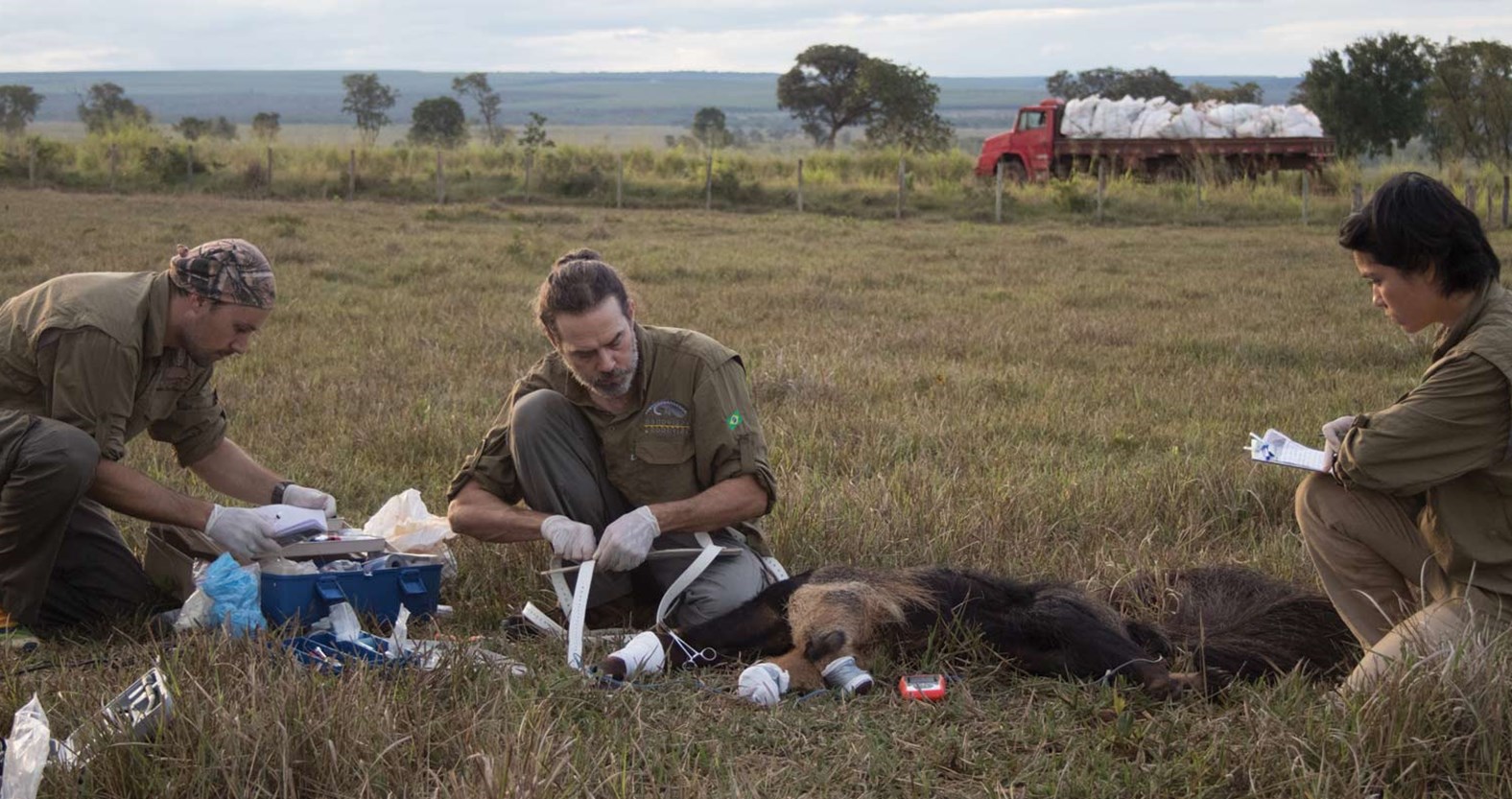 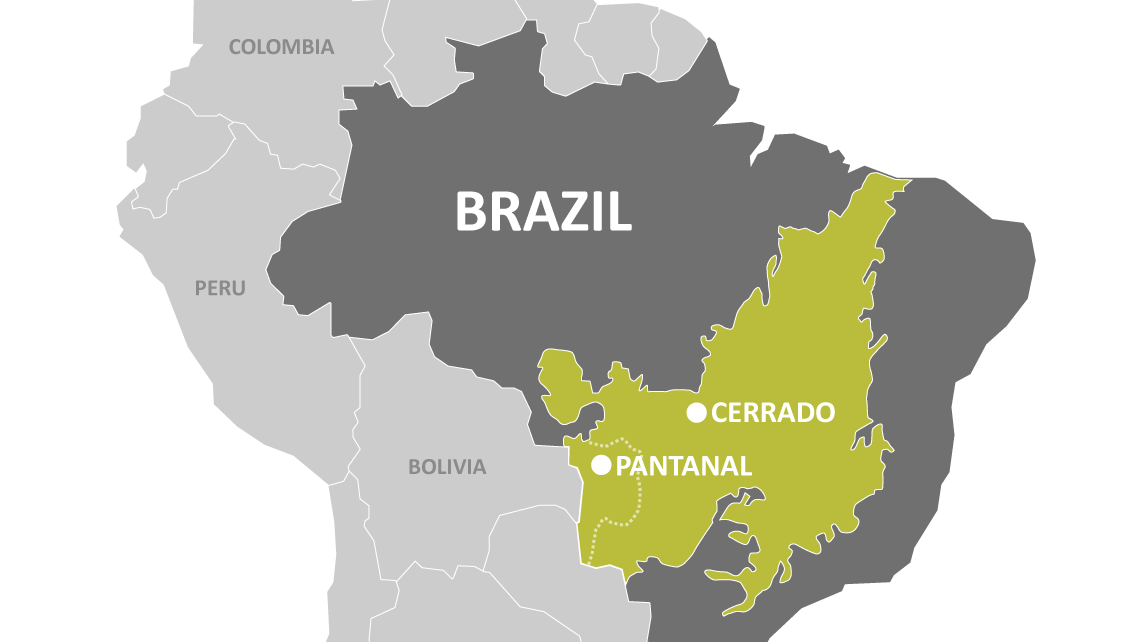 Expanding out from the award winning research that has revealed so much about the elusive giant armadillo, Dr Arnaud Desbiez and his team have turned their attention to another iconic South American mammal, the giant anteater.

The giant anteater is currently listed as vulnerable to extinction on the IUCN Red List. More than half of their scrub forest and grassland habitat in the Brazilian Cerrado has been lost to agriculture over the last 35 years. The remaining habitat is becoming increasingly fragmented by roads and highways, leading to a high mortality rate through vehicle collisions. Giant anteaters are among the animals most frequently killed on these roads, and road accident fatalities now pose a serious threat to the species’ long-term survival. 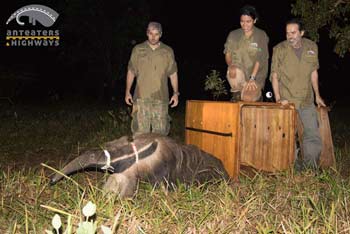 To address the threat, the team have launched the Anteaters & Highways initiative to collect anteater road interaction data and help protect the species in the wild. The research aims to quantify the impact of roads on giant anteater populations and evaluate potential knock-on effects on the species’ behavior, population structure, and health. The team are also investigating whether roads in the Cerrado are affecting anteater population persistence through the creation of population sinks and barriers to gene flow.

For more information about the project, please visit: http://www.giantanteater.org/