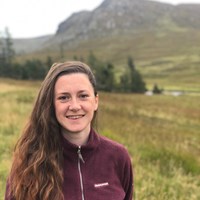 Gemma is the Outreach & Engagement officer for the EU LIFE funded “Saving Wildcats” project, being led by the RZSS on behalf of a partnership of collaborators and co-funders. She is based at the Highland Wildlife Park and her role will be focused on working closely with the local community. Gemma is passionate about conservation and strongly believes that positive change can only be achieved by involving and communicating with local stakeholders.

Gemma’s early career was focused on domestic animal care, where she later trained and worked as a dog behaviourist. However, she has always had a keen interest in wildlife conservation and rewilding, and after moving to the Cairngorms, she retrained as a zoo animal keeper at the Highland Wildlife Park, working with the hoofstock and wolves. During her time in that role, she learnt a lot about how zoos contribute towards conservation projects worldwide and she was keen to be involved in any way she could. She started volunteering for Scottish Wildcat Action, assisting with field work and processing camera trap footage. Gemma has also participated voluntarily in wildlife monitoring projects for other organisations in Scotland, as well as in Slovakia and South Africa. After leaving her role as an animal keeper, Gemma started working for SCOTLAND: The Big Picture, a media organisation that advocates for rewilding across Scotland. There, she developed her communications skills and understood the power communications can have on moving conservation projects forward. The Saving Wildcats Outreach & Engagement officer role enables Gemma to use her skills in communication to contribute towards restoring one of Britain’s most endangered mammals to her local area, which she is very excited to be a part of.