Please find below an open letter from Jeremy A Peat OBE FRSE, Chairman of the RZSS Board:

I am writing to express the Royal Zoological Society of Scotland’s profound disappointment at the delay in a decision being made on the future of the Eurasian beaver in Scotland, something which we believe will, unless urgent steps are taken, have a direct and detrimental impact on the welfare of beaver populations in the Tay and Earn catchments.

This has to be a matter of significant public concern, something which I raised in my letter of 28 January 2016 but to which I have yet to receive a substantive response. 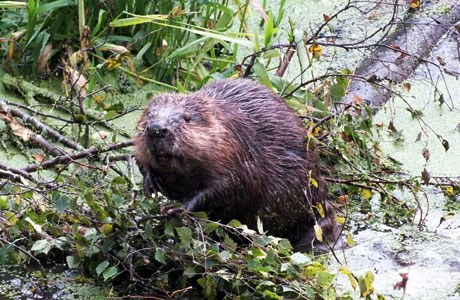 As a partner in the Scottish Beaver Trial, the Society has (up until now) refrained from raising our objections publically on this issue, preferring to continue discussions with Scottish Government behind the scenes to secure a positive future for the species in Scotland. However, having been given assurances that a decision was forthcoming in February – well in advance of the beaver breeding season, and some eight months after SNH’s Beavers in Scotland report was published – it has become clear that our earlier approach was insufficient.

It is with regret, therefore, that I am writing this open letter to you to raise serious concerns about the welfare of Scotland’s beavers, specifically those in the Tay and Earn catchments. Given that a substantive decision now appears unlikely before purdah comes into force on 24 March, we see it as critical to introduce interim protection to deal with the welfare risks. Specifically, but not exclusively, these measures are required to prevent the dispatch of adult females with dependent offspring, which would then be subject to death through starvation. Whilst control measures are undoubtedly required for the species, and should be part of the substantive decision, we believe that starting now lethal control of the existing beaver population must be managed on a humane basis – rather than being a ‘free-for-all’ as is the case at present.

We appreciate that the Eurasian beaver is not currently recognised under UK legislation. However, under the Wildlife and Countryside Act 1981 (as amended) and the Wildlife Natural Environment (Scotland) Act 2011, all other species have some guidelines as to what is a suitable calibre of bullet or weight of shot grain, to humanely dispatch an individual. We would also remind the Scottish Government that the Eurasian beaver is a Protected European Species under EU legislation, a status it holds across most of Europe.

RZSS believes that it would be possible, under the Wildlife and Natural Environment (Scotland) Act 2011, for Scottish Ministers to introduce a code of practice for containment of the beaver as a ‘non-native’ species – until a formal decision on re-introduction is taken. Given the timing of the beaver breeding season, that code of practice should be implemented as a matter of urgency.

The Society is fully committed to seeing the restoration of the Eurasian beaver to Scotland, though we appreciate this is a complex issue that requires support, good communication and compromise, including a sound management regime agreed upon by all parties. However, we do not support the undertaking of control measures by any parties without wider consideration of their welfare consequences; and we also strongly suggest that all actions should be monitored closely, with non-lethal control measures sought wherever possible.

I hope that you will respect the urgency of this issue and that Scottish Government will take steps to mitigate the impact of a delayed decision on the Scottish beaver population at the earliest possible opportunity. I look forward to your early reply.

Chairman of the RZSS Board