Return to Kathmandu for the Himalayan Wolves Project

As I write this, I am flying back from Kathmandu where I have just been at the Centre for Molecular Dynamic (CMDN) with Jal Ghazali, RZSS Genomics Technician and Geraldine Werhahn of the Himalayan Wolves Projects and WildCRU Oxford University. We’ve been catching up on progress with the project, launching the next phase of work and conducting training in population genetic analysis methods. CMDN are Nepal’s leaders in molecular genetic analysis, and with wildlife projects ranging from tiger surveys to fish species barcoding, our labs have lots in common and it’s always great to catch up. 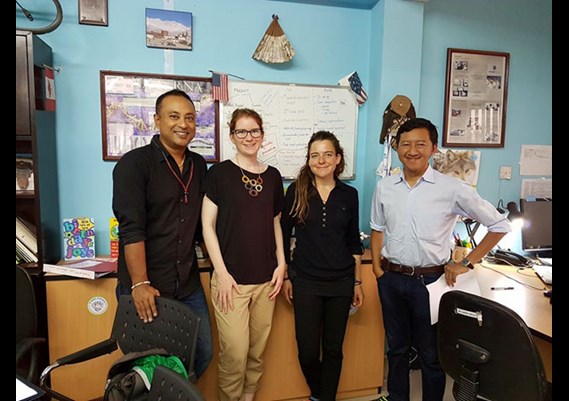 A lot has happened since the visit last year. Throughout autumn and spring, the CMDN team were busy analysing scat survey samples through protocols developed at RZSS WildGenes. Scientific analysis of this first year of data is ongoing, but an unexpected initial finding has  included an unexpected increase in the distribution of Tibetan foxes throughout the district of Humla.

As part of the wolf study, all canid scats found are collected by the field team. In this case DNA and sighting evidence have been able to confirm the first record of this species for the region. For more information, please see our Distribution Update in full here.

In addition to the above, Geraldine and her colleague Naresh Kusi of Friends of Nature Nepal, produced a YouTube video which gives an impression of Humla and the wildlife which can be found there. To view the video, please click here.

For the last three months, Geraldine and the field team have been working a world away from the controlled environment of the lab. They have been camping out at a new field site in the Upper Dolpo region of Nepal, collecting over 140 new scat and hair samples which are now at the CMDN lab for processing. While processing takes place, the team are heading for the Kanchenjunga Conservation Area in the east of Nepal. 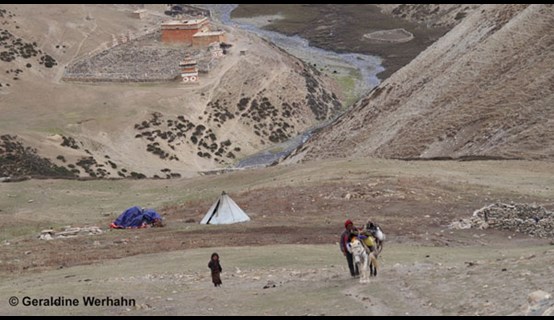 While all this has been going on, the RZSS WildGenes lab in Edinburgh, has been refining some new protocols that are going to be tested on this next batch of samples. Once again we called on the services of samples collected last year from our very own wolves at  RZSS Highland Wildlife Park - having  faecal samples of a wide variety of species on tap is extremely useful when it comes to developing good DNA survey methods.

Our three teams hold regular Skype calls to keep in touch, but nothing can substitute face to face contact and we’ve spent the week flat out in meetings and the lab. Most of our time was taken up with  analysing last year’s results, tweaking existing protocols and testing the new ones, as well as holding a number of training sessions for staff. The primary aim of this project is to produce a scientific basis for conserving these beautiful high altitude wolves - watch this space for news of the results! 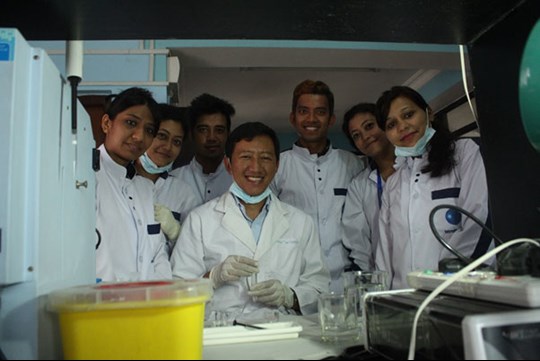 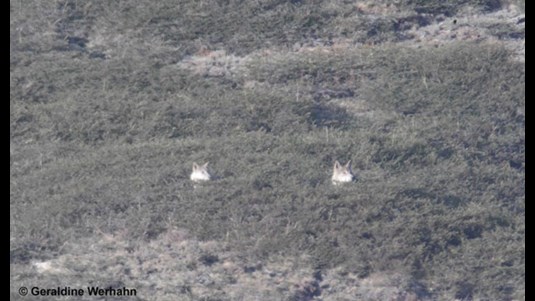 Find out more about our work with the Himalayan Wolves Project on their website: http://himalayanwolvesproject.org/genetics/