I joined Budongo Conservation Field Station, known as the Budongo Forest Project back then, in September 1990. I had just completed my O level education (don’t ask me how old I was hahaahaaa! I was mature enough to work!).There were six of us applying and we went through a difficult oral and written interview process. Thankfully we made it! The six of us, namely Tinka John (RIP), John Kasasira, Ester Ariko, Matua Charles, and Dissan Kugonza, passed and took up the job. 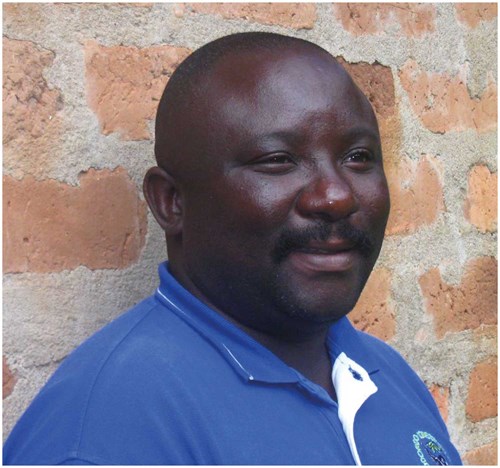 Under the watchful eye of Christopher Bakuneeta, the first Director of the Field Station, we were trained in data collection, tree Identification, carrying out primate census, use of various tools and equipment among other things. One local man called Kandole, who had worked closely with Katende (the Author of Trees and Shrubs of Uganda) was incredibly knowledgeable, especially on tree identification and we learnt a lot from him. In the early days of the field station, the chimpanzee communities had not been habituated and would vanish into the bushes at the sight of a human being. This made it very difficult to perform any kind of identification work. Keen to find a solution to this problem, Christopher organized Tinka and myself to go on an exchange visit to a similar, but more established project in Kibale National Park, founded by Richard Wrangham. We learned a lot from the experienced field assistants there. When we returned to the field station, forty-five chimpanzees were recognized and identified within three months; this was a significant achievement for the Project. 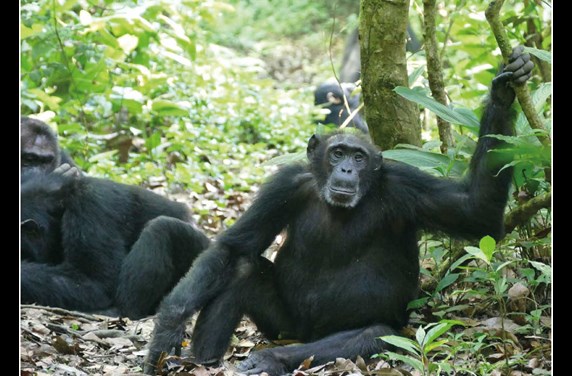 In the early days of the Field Station, life was challenging. We were paid 60 Ugandan Shillings per hour, and whilst one could say that this was enough to live on, funding was difficult to source and we would sometimes go for months without pay. Transport was another major challenge; the first means of transport the Field Station had access to was a bicycle, which we used to compete for, even the Director! I recall carrying Christopher 14km to and from the nearest Bus stop in Nyabigoma, whenever he had to go to Kampala to collect our salaries. Having to do our food shopping was not any easier, we carried the food on our heads for about 16km to and from the field station. Hard one, right?!Regardless, we managed to push on.

Despite all these hardships, hard work pays. I did not give up, I loved my job and I was committed to the aims of the project. Over the course of my 26 years at the Field Station, life has changed significantly; transport, accommodation, water, power are now all in abundance. I am also proudly honored to be the first Ugandan who has ever witnessed a live birth of a chimpanzee in Budongo Forest, and the second in East Africa to Jane Goodall who also witnessed this thrilling experience in Gombe stream in Tanzania.

Thank you for taking the time to read my story,