In memory of Tessa McGregor, board member 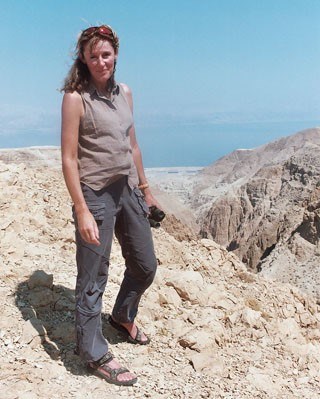 Tessa McGregor, who died on 14th January, was an ardent and consummate professional wildlife biologist and conservationist. Her life-long passion for wildlife and wild places motivated both her personal and professional life.

She loved working and living in remote places, including the Sundarban forests of Bangladesh and India, the South African bush, the Altai mountains and the Middle East.

Indeed, here in Scotland when Tessa first joined the board of Trustees for RZSS, Tessa was living on the Isle of Luing on the West Coast. Occasionally, Tessa would fail to either get to or reach home from an RZSS board meeting here in Edinburgh as a result of the cancellation of the small ferry that connects the mainland to the island, because of severe weather. Even after moving to the Island of Ulva a few years ago, it proved more challenging at times to get to and off the island that she fallen in love with.

Her field work, coupled with her science-based approach to the subject of conservation, was mixed with a passion to communicate to large audiences through the media. Consequently she made many radio and TV programmes for the BBC as well as writing for nature and wildlife magazines.

Tessa was a recognised expert on big cat conservation and, having spent years in the field, realised that the key to success in this area was through consultation and advocacy in an attempt to resolve human-wildlife conflict issues.

Her ongoing projects included conservation activity related to the snow leopard in the Altai Republic, the Arabian leopard in Oman, the Amur leopard in Eastern Siberia and mountain/tundra wildlife in Asia and Nepal wildlife; and also snow leopard projects for ‘TheBlueSpace Co-operative’.

Tessa believed in the work of the Society and as you would expect had a particular fondness for the Highland Wildlife Park. Crucially, given her standing in the communities of Argyll (including the farming communities), Tessa was very helpful in smoothing the way in the early stages of the Scottish Beaver Trail in Knapdale, when not everyone was as keen on beavers in the local community as they are now.

Tessa was a contributor to the Society over many years – always smiley, always friendly, always on message at board meetings but, equally, she was always inquisitive, passionate and forceful and was a voice of reason and someone to be respected.

Most importantly, Tessa was a loving and caring mother for her two daughters Chloe and Olivia and a wonderful wife to her husband Jamie, who all shared Tessa’s love for wildlife, conservation and remote places. She will be much missed by colleagues and friends at RZSS and many, many more in Scotland and around the world.