Himalayan Wolves Project – From across the Himalayas

During July we have been running a new laboratory training session in support of the Himalayan Wolves Project. The project is led by Geraldine Werhahn, from the University of Oxford’s Wildlife Conservation Research Unit (WildCRU). However, unlike our previous involvement with the Himalayan Wolves, on this occasion we are a long way from Nepal. We are in fact conducting the training on the other side of the Himalayas in Beijing. Following these sessions, Geraldine will be heading off to the remote region of Sanjingyuan for the next field season with the support of Chinese collaborators from PKU centre for Nature and Society/Shan Shui Conservation Center. 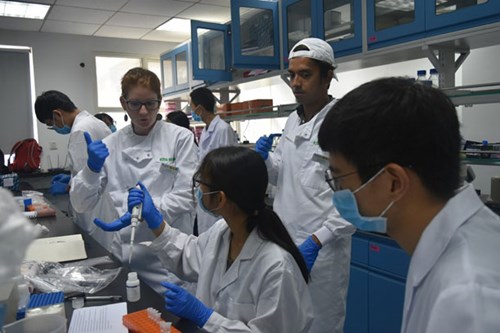 We’ve been spending the these training sessions working with a team of seven keen students, introducing them to the protocols we have developed for the wolf project and ensuring that the lab team here in Beijing can generate comparative data to that generated by our colleagues at the Centre of Molecular Dynamics in Nepal.

All going well so far, and some of the first results have already been received back from the sequencing facility in super quick time - welcome to China! 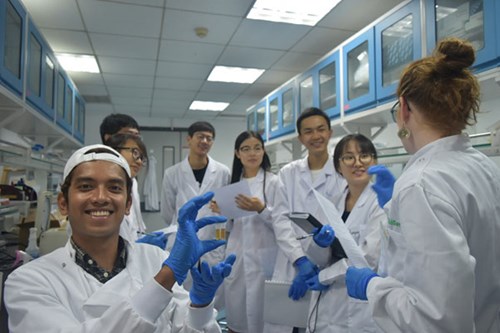 This phase of lab work also sees RZSS WildGenes joining forces with Professor Lu Zhi’s team at PKU centre for Nature and Society/Shan Shui Conservation Center with the help of Dr. Cheng Chen and Professor Yao Meng’s Molecular Ecology Group at the School of Life Sciences, Peking University. Both groups are already actively working on the conservation genetics of Snow Leopard’s and many other species.  It is always exciting to be able to meet up with fellow conservation geneticists, share experiences and exchange lab ideas.

Catch up on some of our previous work with this project via the blogs below:

> A genetic discovery in the Himalayas

> Return to Kathmandu for the Himalayan Wolves Project