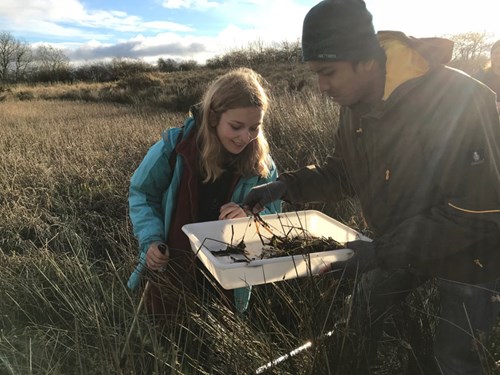 It’s not often that RZSS WildGenes lab staff get to work outdoors, but it is always eventful when we do! We recently joined collaborators from Scotland’s Buglife on an excursion to a pond on farm in Dumbartonshire. Whilst the visit may have resulted in a few water-logged wellies, it was more than worth it, as we  were successful in surveying a pond mud snail population, a key part of the process helping to preserve this species.

The increasingly rare pond mud snail (Omphiscola glabra) is a native species which, historically, was widespread across Britain. Sadly, they now inhabit only a handful of known sites in Scotland, and Northern Ireland. Buglife are working to create a healthier, more resilient pond mud snail population by running an exciting public engagement project (https://www.buglife.org.uk/local/marvellous-mud-snails). Whilst Buglife staff conducted their population survey (and unlike some of us, they managed to stay above the water line), we searched for a few specimens to bring back to RZSS Edinburgh Zoo. 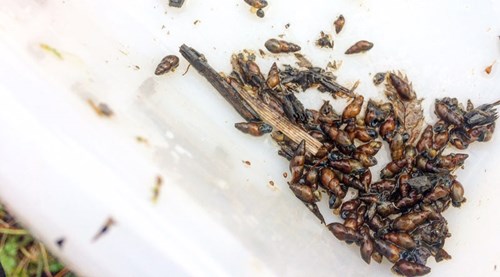 Above: The star of the show – Pond mud snails

RZSS field programmes and the RZSS WildGenes laboratory are helping to prevent the loss of this valuable species by implementing a captive breeding program as part of our wider native invertebrate conservation work. Population genetic analysis is vital to support the breeding program, as genetic data will be used to inform future re-introductions and reinforcement of the remaining wild populations. Developing effective laboratory techniques for extracting and processing DNA from snails is challenging, but so too is the task of finding them in the field in the first place. They are often no more than about 1cm in length, and live in very muddy water bodies making standard survey techniques difficult and time consuming to implement.

Here at the RZSS WildGenes laboratory we are investigating whether environmental DNA (eDNA) could be used as an effective and efficient survey tool for assessing the presence or absence of pond mud snails. eDNA is the genetic material left behind by organisms in the environment that they pass through or live in. It can be extracted from environmental samples such as water, air or soil, making it a potentially valuable tool for surveying rare and endangered species, in particular across large areas or where traditional manual methods may be disruptive to fragile habitats.

Our work developing this new method to help save the pond mud snails, along with other rare native invertebrate species, is being facilitated by the creation of a new extension to our current RZSS WildGenes laboratory. The extension is being funded with generous contributions from the Ernest Kleinwort and KMF Maxwell Stuart Charitable Trusts. Although the existing laboratory has facilities capable of applying cutting edge genetic techniques to a wide range of sample types, the addition of a specialist eDNA laboratory room will increase our ability to work on further degraded, poor- and low-quality DNA samples. I am not alone in saying that this is an exciting development for the lab team and we look forward to further work, using eDNA to find the proverbial needles in some very large haystacks!

Keep an eye out for those snails and we’ll update again soon. 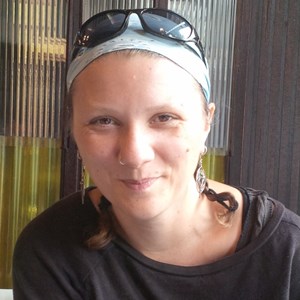 Gill is a Biobank Research Fellow with the BBSRC funded CryoArks initiative. She is coordinating biobanking activities at the National Museums Collections Centre and EAZA biobank UK hub at Edinburgh Zoo. Staff profile