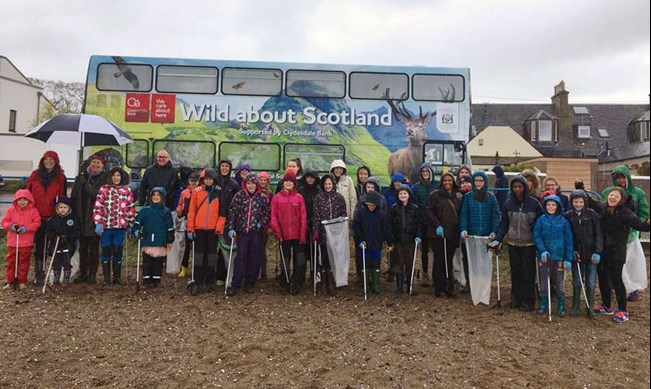 As a charitable conservation organisation which aims to have a positive impact on animals, people and the environment, RZSS is wants to be part of the growing movement to eliminate pointless plastics from our everyday lives and places of work.

The United Nations World Environment Day, on Tuesday 5th June, which is dedicated to environmental improvement,  is an excellent opportunity to raise awareness for this important issue.

As an organisation, RZSS, is using World Environment Day as an opportunity to rethink how we use, reuse and dispose of single use plastic.

Earlier this year, we launched our Sustainability-led Green Pawprints campaign with the theme Paws vs Plastic. As part of this campaign we have challenged RZSS staff to take the #PlasticFreePledge on Tuesday 5th June and eliminate (or reduce as best they can!) single use plastics for the day, such as bags, drinks bottles, straws, food packaging, cutlery, cotton buds etc.

At our Edinburgh Zoo and Highland Wildlife Park sites, we already use various plastic alternatives in our eateries including; compostable coffee cups, plates, cutlery, straws and napkins to name a few. 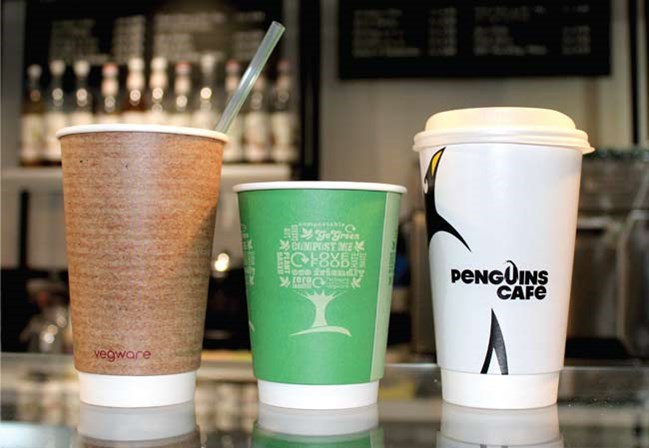 Above: A selection of the compostable Vegware products used in the eateries at RZSS Edinburgh Zoo.

In addition to the #PlasticFreePledge, and using plastic alternatives, the RZSS Education team have adopted a stretch of beach at Fisherrow Harbour in Edinburgh through the Marine Conservation Society (MCS) Beachwatch scheme.

MCS are the UK’s leading charity for the protection of our seas, shores and wildlife. Beachwatch was launched by MCS in 1994 to bring attention to the growing problem of marine litter and the increasing amount of rubbish found on our beaches. In September 2017, the Great British Beach Clean survey, undertaken by MCS, reported a 10% increase in beach litter.

So far this year, volunteers from RZSS’s Wild about Scotland team and Conservation Action Team kid's club have surveyed and collected litter along our adopted beach. The results from our most recent clean in April were alarming, with almost 1,600 wet wipes found along the 100m stretch of beach.

During each Beachwatch clean, litter is recorded as it is collected, and the data sent to MCS. This is important information, providing insights into pollution trends and allowing MCS to focus their campaigns on preventing plastics reaching our beaches.

Such data has already had a big impact on the fight to reduced plastic pollution, with the charge on single-use plastic bags being introduced in Scotland in 2014; and a legislative change to remove microbeads from personal care products taking effect from 2018.

Such examples offer hope of what can be achieved, however many sources of plastic pollution remain. Drinks containers such as plastic bottles and aluminum cans continue to blight our natural environment.  To help combat this issue, the Scottish Government First Minister, Nicola Sturgeon, announced in September 2017 that Scotland will implement a deposit return system. 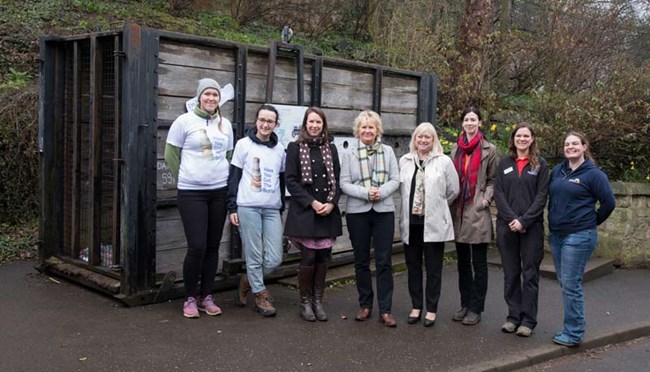 Above: In April we were delighted to host Roseanna Cunningham, Cabinet Secretary for the Environment, Climate Change & Land Reform, who helped launch our new RZSS Green Pawprints campaign.

Earlier this year,  our Sustainability Team worked with the Have You Got The Bottle campaign and MCS to make Edinburgh Zoo the first visitor attraction in Scotland to host a reverse vending machine, and demonstrate how a deposit return system could work for Scotland.

Do you want to be part of the movement to tackle plastic pollution? This World Environment Day why not join the staff of RZSS by taking the #PlasticFreePledge and say no to single-use plastic.

We are also looking for volunteers for the next Wild about Scotland public beach cleans, which will be held on Tuesday 31st July and Friday 14th September. To find out more and register your interest in taking part, please e-mail: wildaboutscotland@rzss.org.uk 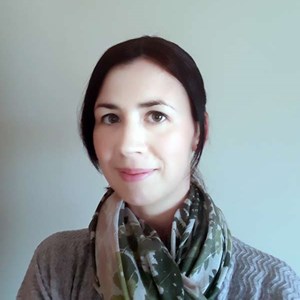 Gemma has been with the society since December 2013, starting as Project Coordinator within the Property and Estates team before moving on to the new role of RZSS Projects & Sustainability Manager. Gemma’s work spans across both Edinburgh Zoo and the Highland Wildlife Park, with the aim of planning, organising and developing the Property & Estates elements of capital projects as well as managing the RZSS Environmental Policy, highlighting potential environmental issues and working to reduce our environmental impact.