The mysterious case of the skull and bones

Here at the WildGenes lab we often receive a whole range of animal samples to process. From bloods, to hair and tissue and occasionally more cryptic samples.

Recently we received the spooky addition of a skull and bones, found in a swampy part of Knapdale, home of the Scottish beavers. The suspicion was these waterlogged bones were those of a beaver.

As species can be difficult to confirm by visual examination alone, the WildGenes team stepped in to genetically test the unidentified remains. If the bones were from a reintroduced beaver, genetic testing would help the fieldwork team narrow down the identity of this beaver, while also helping understand how this would impact the current populations’ genetic diversity.

With interest piqued, the WildGenes team donned their lab coats and took to solving the curious mystery… 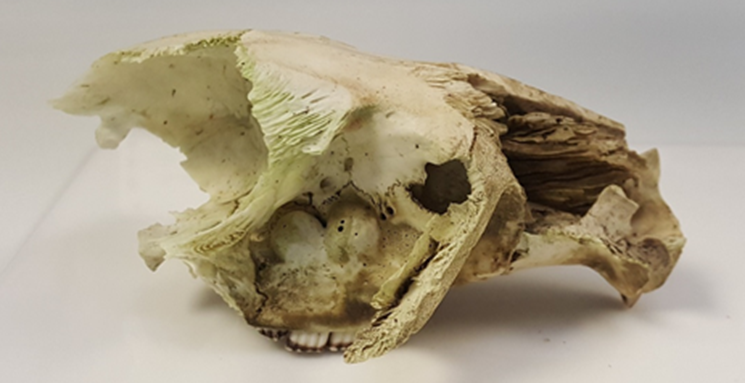 Bones are difficult to extract DNA from as their hard exterior means a little bit of elbow grease is needed to expose any DNA that may be hiding within. As well as this, we had no idea how long the bones had been sitting out in the environment. DNA left out in the elements is exposed to a range of different environmental factors, from UV radiation to microbial action. This exposure can often breakdown DNA over time and in the case of microorganisms, can even result in their DNA becoming mingled with the bone’s (sounds like a horror story in itself!). The longer the exposure, the more likely the DNA will become degraded and fragmented, making it much harder to read the unique sequences that help identify the species. To top it all off, the habitat in Knapdale is often referred to as the Scottish rainforest, and one thing that is not good for DNA is moisture.

Zoinks, this was going to be difficult!

It’s not currently possible to ‘fill in’ missing gaps in degraded DNA so to combat this, DNA is carefully extracted in as intact a form as possible to stop further degradation and aid in the deciphering process.  For our mystery skull and bones, the first step was to remove a section of the bone where DNA may still have been lurking. Holes were drilled into the bone’s interior, with the presumption being that this DNA may have been shielded from the elements and microorganisms that had set-up shop on the bone’s exterior.

Having exposed the inner sections, a small amount of bone shavings were collected and bathed in acid. This process is called decalcification and helps dissolve the bone. Jeepers creepers!

The next step was lysis, where specific chemicals were used to crack open the animal’s cells, released from the bone during decalcification. With the DNA now exposed from the cell, the sample was run through a silica membrane. This is perfect for collecting DNA as it passes through, while simultaneously flushing out unwanted cell debris and contaminants.

Finally, we measured how much DNA (if any) was collected. 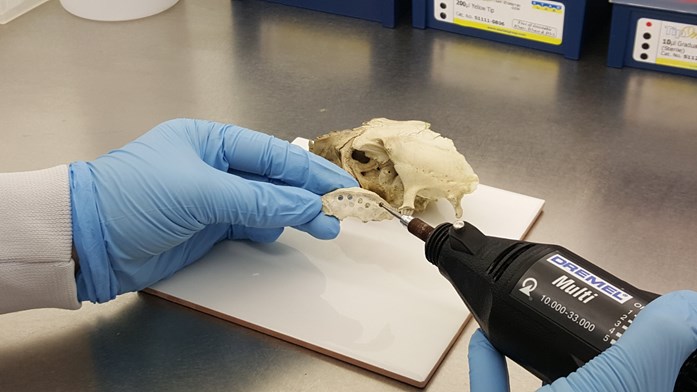 Excitement grew as we discovered our mystery skull and bones did indeed have DNA present and, not only that, the DNA extracted was of good enough quality for us to test!

The final verdict? Gotcha! Through genetic testing, we determined that our bones were in fact from a beaver, thus providing useful identity information for the conservation field-team, while also shedding light on mortality rates in this reintroduced population.

The grisly case of the skull and bones could now be put to rest…well, not quite. There’s a lot more information we can gleam from the DNA, such as determining what genetic stock this beaver came from - Norwegian or Bavarian. Knowing this information gives the conservation field-team more to go on in terms of survival data for the Knapdale population. We’re leaving no genetic stone unturned in our search for the true identify of this animal!

Thankfully a case such as this doesn’t pass our way very often, but natural processes in the wild mean that reintroduced species, such as the Knapdale beavers, face the same challenges to survive as any other species. That’s why vital health checks conducted by our vet team on all beavers before release, and post-release monitoring via field survey and camera traps, are crucial and invaluable ways to monitor the health of reintroduced individuals and make sure they are settling nicely into their new home. 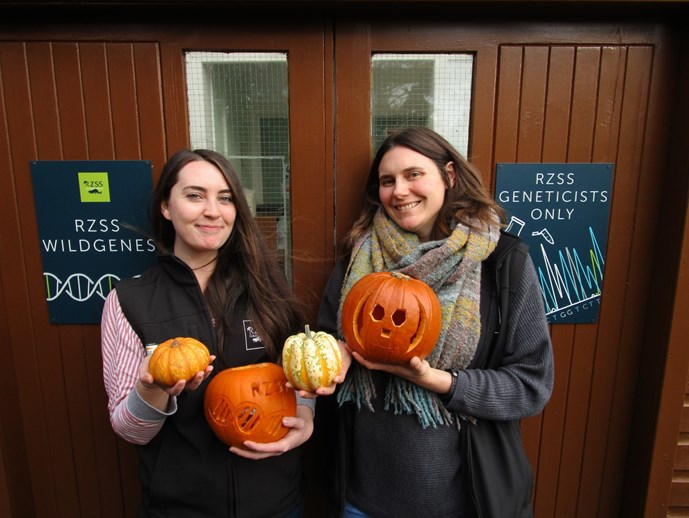 The WildGenes team getting in the Halloween spirit!

That’s all folks, happy Halloween from the pesky kids, ahem, I mean the WildGenes team. I hope our ghoulish DNA extraction process doesn’t keep you up at night!

The WildGenes lab would like to thank People's Postcode Lottery for their continued support. 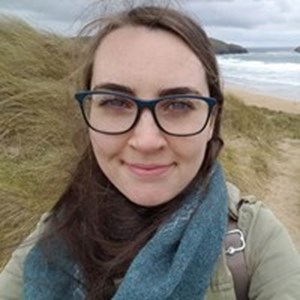 Karen is a genomics technician based at Edinburgh Zoo. She is interested in the use of conservation genetics in both in-situ and ex-situ environments, and using genetic tools to monitor the illegal wildlife trade. As well as this, she is also interested in disease dynamics in wild populations, particularly understanding disease prevalence and its impact on individual and population survival. 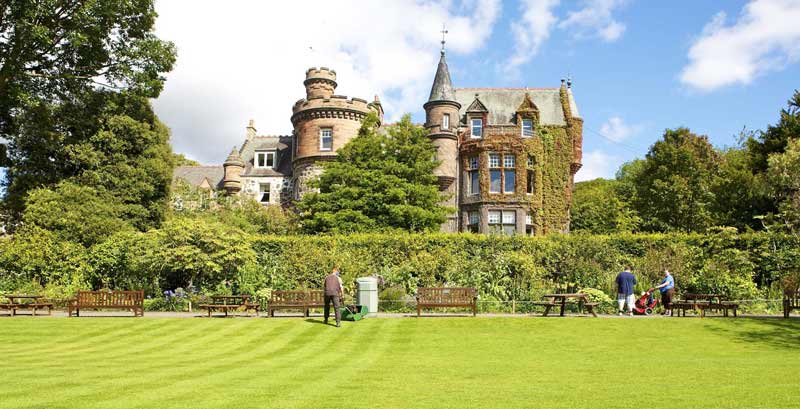 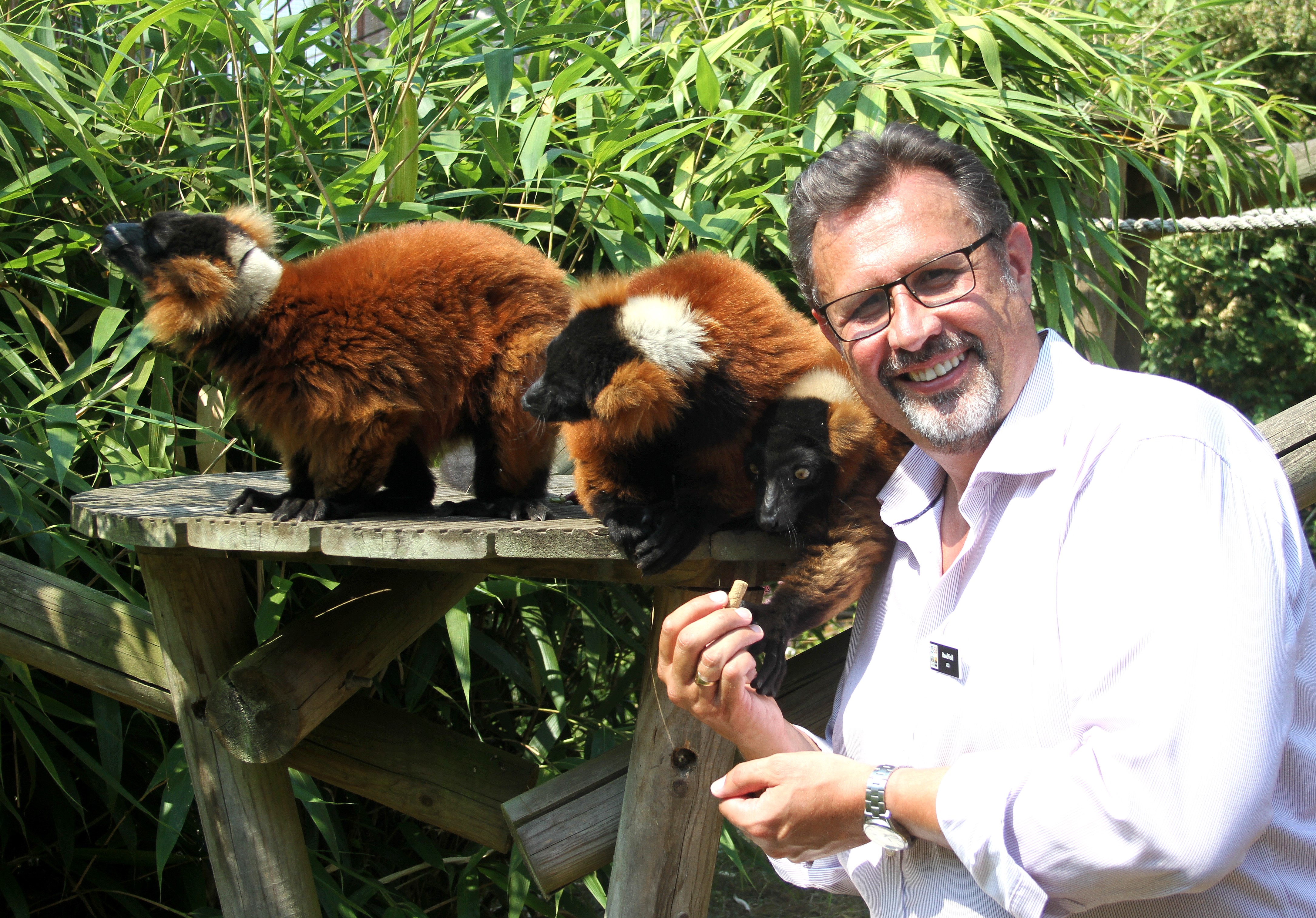