An update from the Anteaters and Highways Project 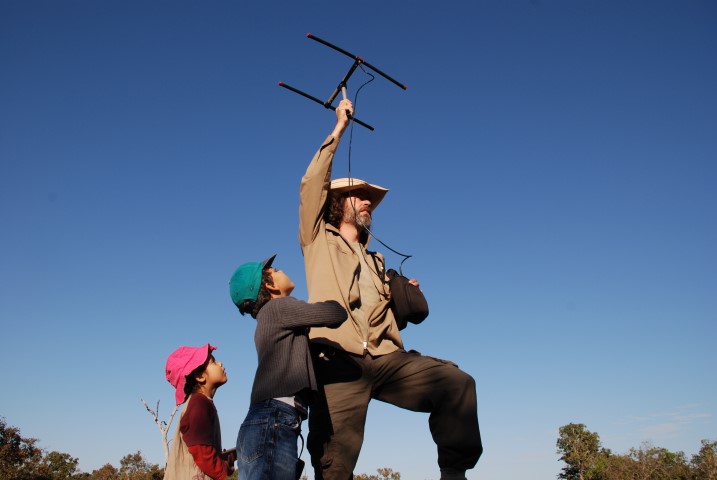 It has been a busy few months indeed for the Anteaters and Highways Project. Towards the end of 2019 we continued the road and telemetry monitoring of giant anteaters, run a pilot study for a new giant anteater parental care project and completed our contract with a private road concession. Lots to share as always!

I am sad to begin this update by saying that the number of road-killed animals continues to rise. We have monitored about 92,000 km of highways registering over 11,200 carcasses from which we collected 1,255 samples and conduced 116 necropsies. This includes 1,812 six banded armadillos, 1,675 crab-eating foxes, 787 caiman, 750 nine-banded armadillos, and 750 giant anteaters to list the top five. As awful as these numbers are, remember that this data will help us to mitigate these threats and set up new strategies to prevent roadkill. In fact we are planning a statewide roadkill symposium in early March. We have also finished the contract for monitoring roadkill for a private road concession, and have now sent the final report with mitigation strategies. We really hope our work will make the highway safer for both wildlife and people. 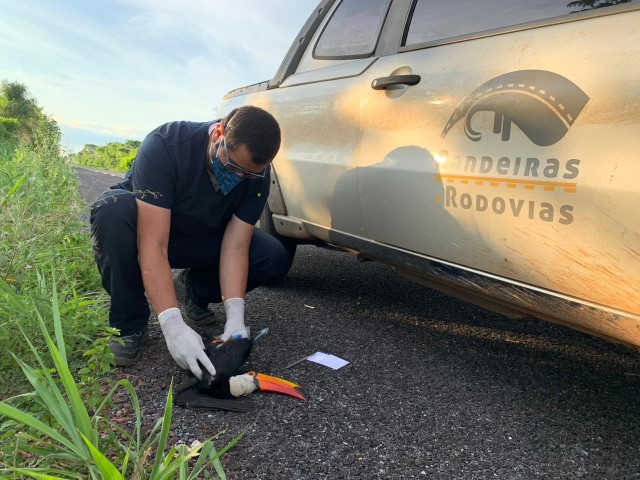 All monitored giant anteaters are doing well. One that had dispersed over 100 km is now occupying a ranch that is very difficult to access. We hope she moves soon. She has still not bred, which surprises us.

I am also really excited to tell you about a new project we will be starting with post-doctoral student Alessandra Bertassoni. Alessandra will be conducting a behavioural study on parental care in giant anteaters. She will be observing the females we monitor with pups to characterise all the parental care behaviours and time spent together. As we continue monitoring females with pups we have a unique opportunity to conduct this work which will help better understand threats to pups, mortality rates, when and how they leave their mothers. This work should also influence our rehabilitation work with orphaned pups. Alessandra recently conducted a one-week pilot study and we are putting together a two-year proposal to start the work this year. 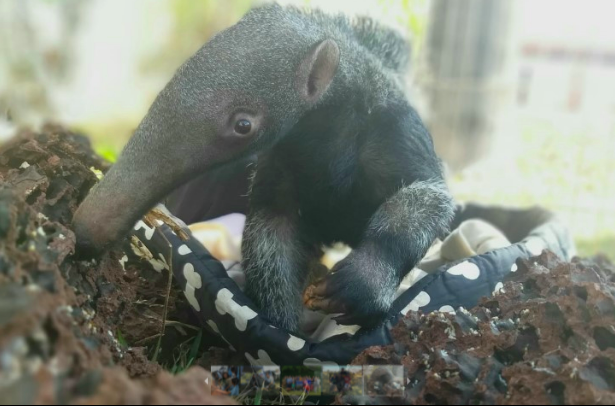 An orphaned giant anteater from TamanduASAS.

I am relieved to report that we have only good news from our TamanduASAS partner about orphaned giant anteaters. The pup that survived has now been moved to an external enclosure and is becoming independent. A new pup has arrived at the facility; she is very independent and was hard to feed at first but seems better adjusted now. Dumbo, the remaining giant anteater from our May release is doing well. Our veterinarian Debora Yogui travelled to give him a full check-up and re-adjust his collar. He periodically returns to his enclosure for supplementary feeding but much less frequently, and is exploring further and further. We still need to keep our fingers crossed for him. 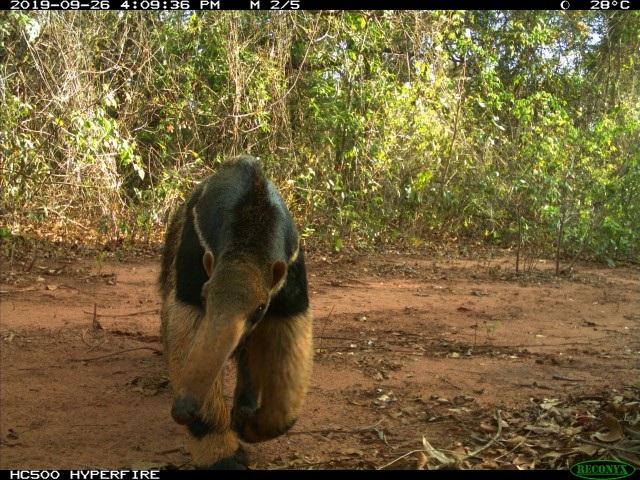 A giant anteater caught on one of our camera traps.

I am very excited to report that one of our project partners is interested in protecting the remaining native habitat on his property and transforming it into a private reserve! Andreia, our educator, is working with them on preparing a curriculum so that they can develop giant anteater related environmental education activities. We are so pleased with this very successful partnership with a landowner.

As ever, I would like to thank all our partners for their help. We could not continue this work without grants, donations and support. We could not be more grateful

Arnaud and the Anteaters and Highways team. 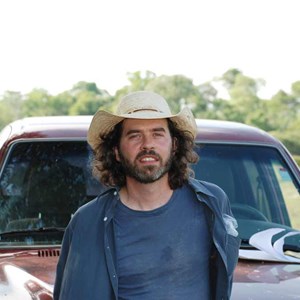 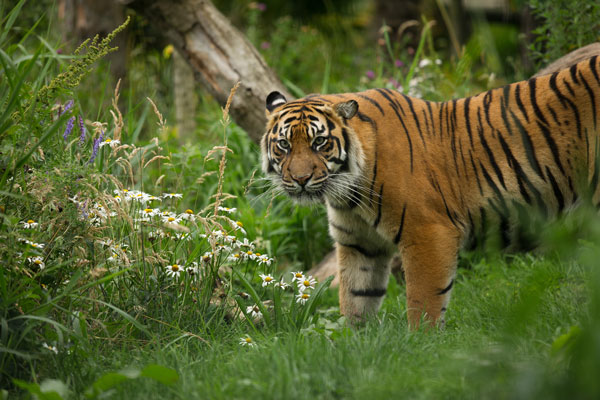 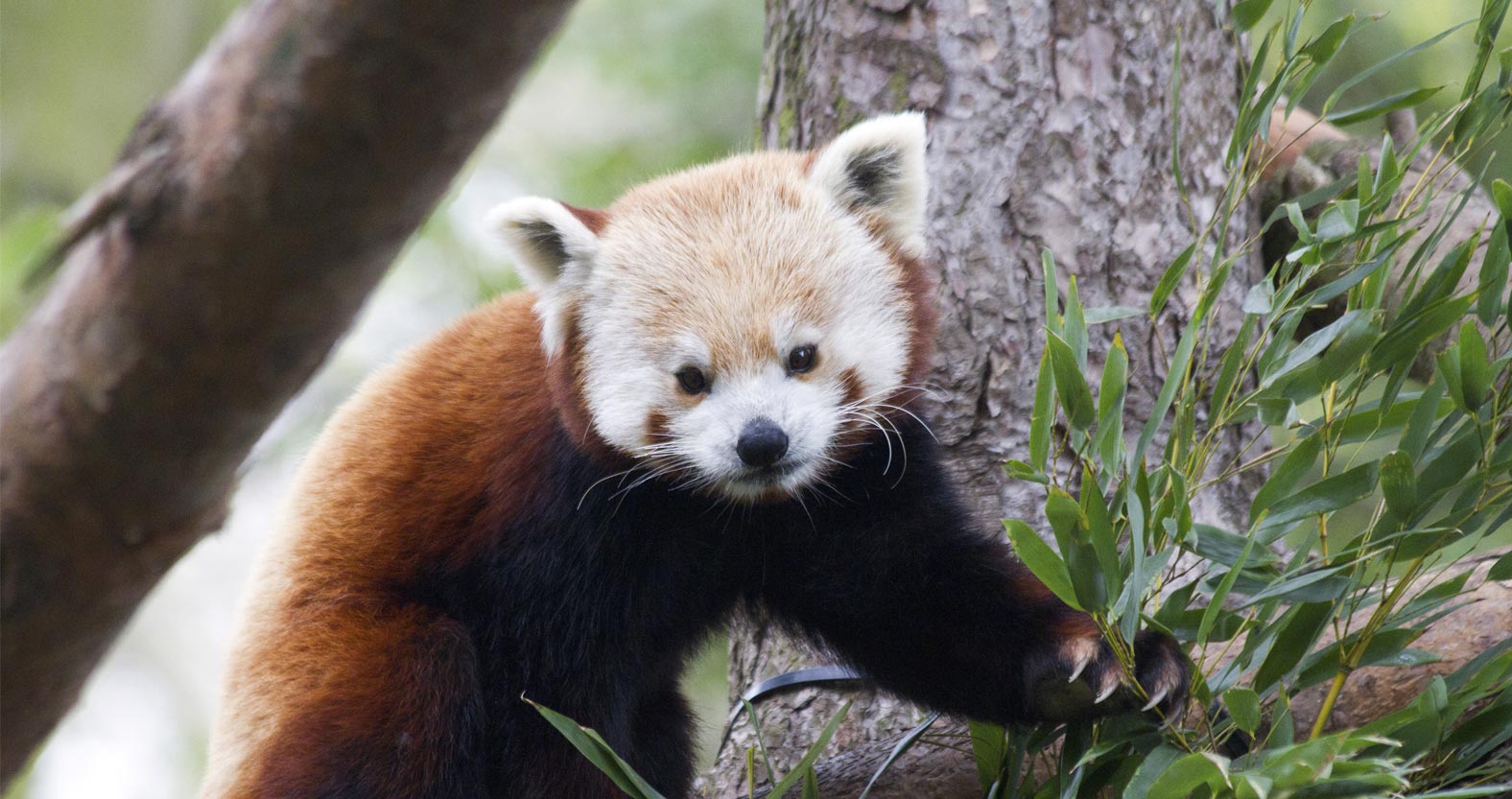