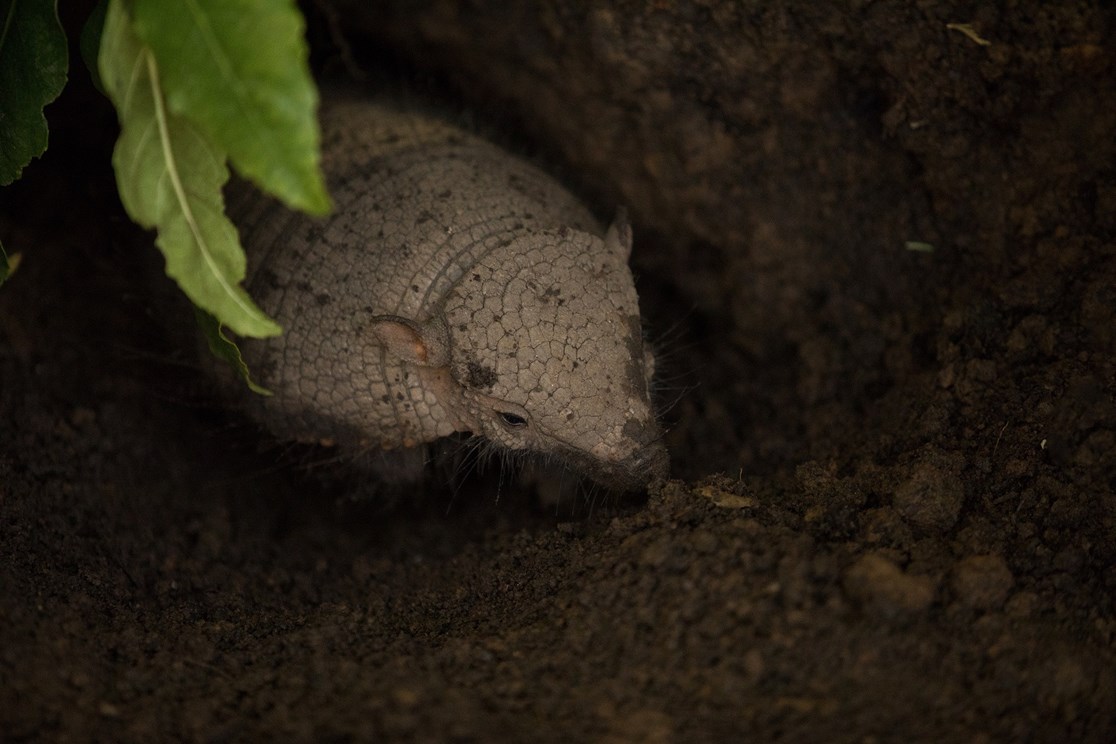 Staff at the wildlife conservation charity say Nymeria will help raise awareness of vital work taking place in the Brazilian Pantanal and Cerrado to help a relative of her species, the giant armadillo.

Sarah Wright, animal presentations team leader at Edinburgh Zoo said, “Our new arrival is doing well and is settling into her new home in our Brilliant Birds exhibit.

“Nymeria will play a very important role in raising awareness of the plight of armadillos in the wild and the threats they face, as well as the vital conservation work we support to help save her close relative, the giant armadillo.

“While large hairy armadillos are thriving, other members of this family are less fortunate. For giant armadillos, habitat loss and poaching has caused a severe decline in the wild population.”

RZSS supports the Giant Armadillo Conservation Project (GACP), a first-of-its-kind project that was established in 2011 by Dr Arnaud Desbiez. GACP is the only long-term ecological study of the elusive giant armadillo, an important ecosystem engineer and ambassador for Brazil’s endangered habitats and biodiversity. The project originated in the Pantanal, the largest wetland in the world, and has now expanded into two other threatened biomes in Brazil.

This work is made possible thanks to support from players of People’s Postcode Lottery.