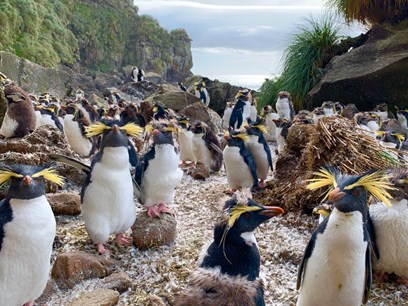 The RZSS Conservation team regularly contribute to global strategy and management plans for a range of endangered species.

Here are some of the latest resources that RZSS has contributed to:

Slender-horned gazelle are endangered with fewer than 2500 individuals remaining in the wild. This plan provides a roadmap for how to conserve the species and includes input from experts and range states.

Read the strategy in French or English

The dama gazelle is one of the most threatened antelopes in the world and perhaps fewer than 100 remain in the wild.

Northern rockhopper penguins are listed as Endangered on the IUCN Red List due to significant population declines combined with a limited distributional range and increasing land and sea-based threats. This action plan synthesises the results from an Action Planning workshop held at the Royal Zoological Society of Scotland in October 2017 and the knowledge and input from >15 key stakeholders and experts from governmental, non-governmental and research organisations to detail the actions needed to secure populations of the northern rockhopper penguin into the future.

The Scottish Beavers project started back in 2009 as the Scottish Beaver Trial, one of the largest field trials of its kind. Using Knapdale Forest in mid-Argyll as a trial site, we worked in partnership with the Scottish Wildlife Trust, and with support from Forestry and Land Scotland, and NatureScot to reintroduce Eurasian beavers into a landscape they’d been absent from for over 400 years. 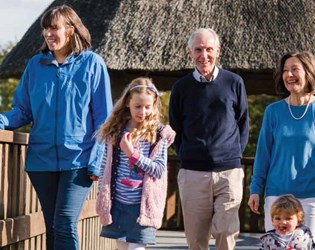