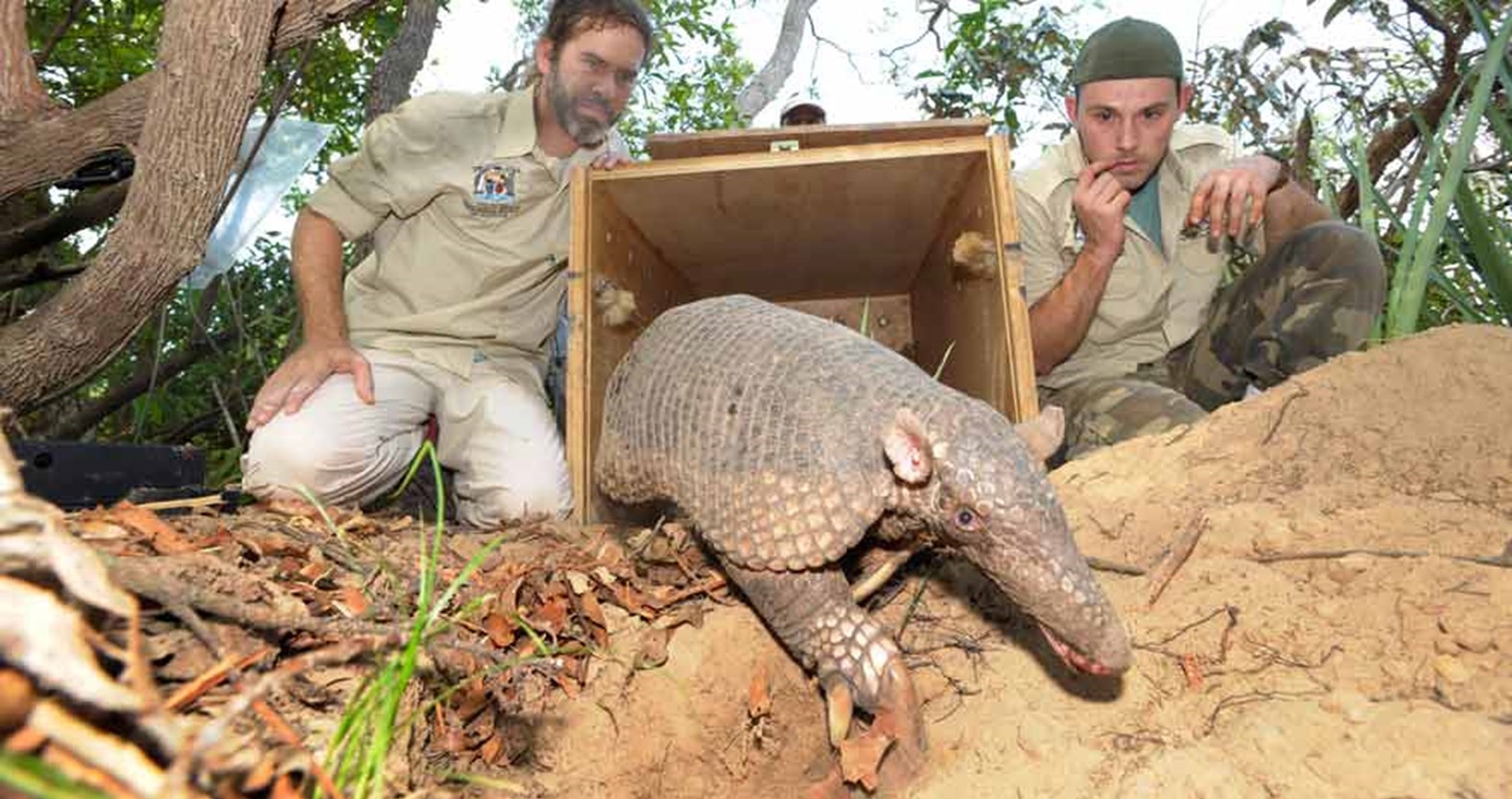 Little was known about the giant armadillo until Dr Arnaud Desbiez began his pioneering research into the species in 2011. The Giant Armadillo Conservation Project – core funded by RZSS – established the first long term ecological study of giant armadillos in the Pantanal wetland and is now expanding to other Brazilian biomes.

The main goal of the project is to investigate the ecology and biology of the species and understand its function in the ecosystem using radio transmitters, camera traps, burrow surveys, resource monitoring, resource mapping and interviews with local people. Whilst it is still unclear how many giant armadillos remain in the wild, the species is listed as Vulnerable on the IUCN Red List.

As a result of the Giant Armadillo Conservation Project, state authorities have selected the giant armadillo as an indicator species for the creation of protected areas in the state of Mato Grosso do Sul. A species we, until recently, knew little about, is now being used to champion wider habitat conservation measures.

As awareness of this remarkable creature grows, so does recognition for the amazing research work of Arnaud and his team. In 2015 Arnaud received a prestigious Whitley Award, an accolade that recognised his enormous contribution to grassroots conservation in the Pantanal and beyond. And in 2017 the project was the focus of a BBC documentary - Hotel Armadillo - narrated by Sir David Attenborough.

To learn more about the Giant Armadillo Project, visit giantarmadillo.org