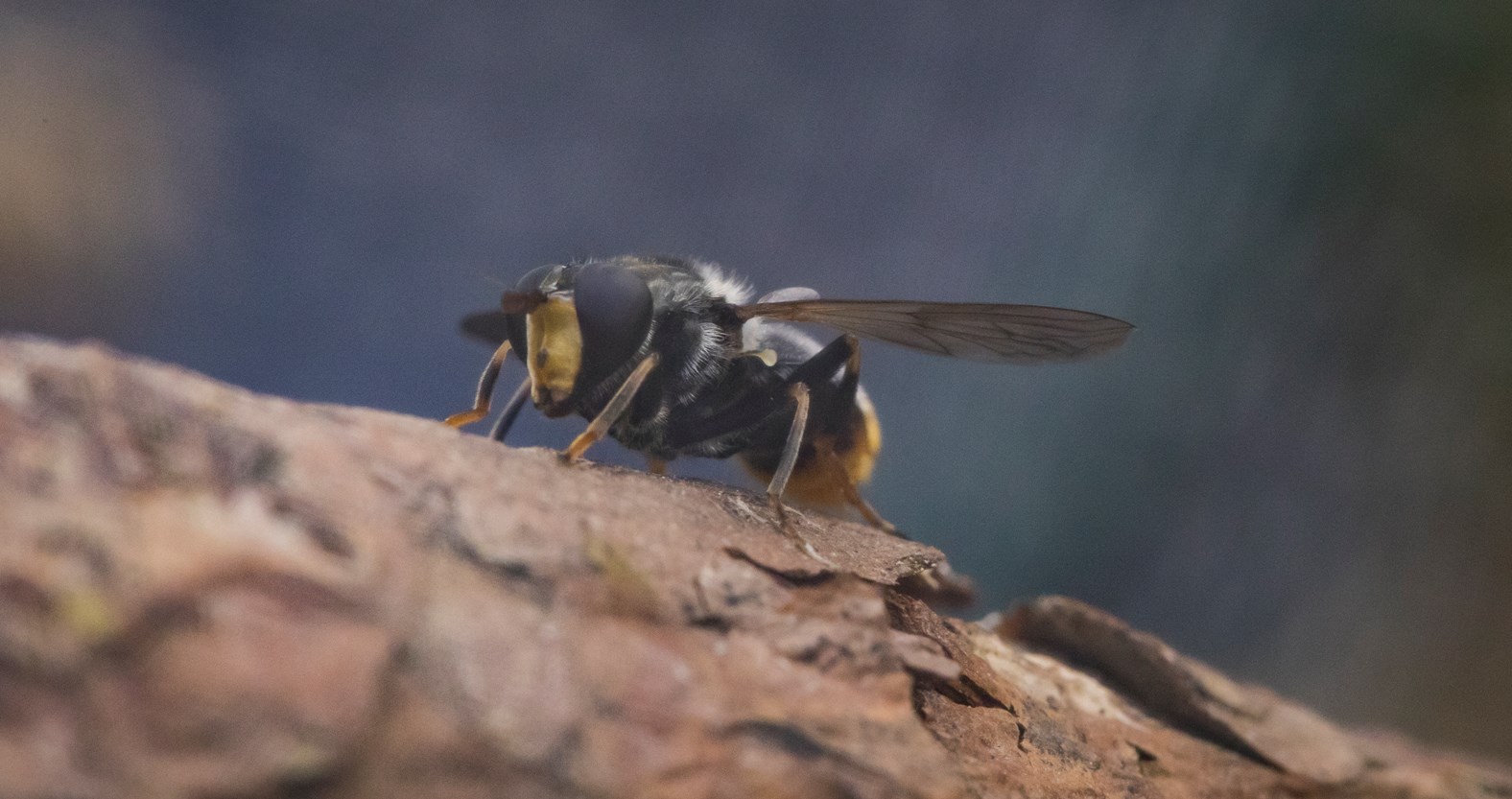 Invertebrates are in decline globally and RZSS is determined to stand up for the little guys when it comes to species conservation. The pine hoverfly is so rare in the UK that no one has seen an adult of this species in the wild for nearly a decade.

In the UK, this critically endangered insect is currently restricted to just one site; a small forest patch in the Cairngorms in Scotland. To help boost the population of this important pollinator, RZSS has undertaken an ambitious conservation breeding project for pine hoverflies.

Breeding pine hoverflies in captivity is no small task, but our amazingly dedicated team of keepers at Highland Wildlife Park have spent years creating a successful breeding programme.

This species has three life stages; larva, pupa, and adult, and each stage requires a different habitat. We raise our larvae in jam jars filled with a pine sawdust mulch that mimics the pine rot holes they rely on in the wild. Our flies pupate in moss, housed in empty hummus pots. The adults are then transferred to special flight enclosures for mating and, hopefully, laying eggs. And all that hard work is finally paying off!

In 2019, 25 larvae were brought into the RZSS pine hoverfly conservation breeding programme and after three years of combined effort by keepers at both our zoos, we managed to take our pine hoverflies through a full breeding cycle at Highland Wildlife Park. The team celebrated the hatching of over 8,000 pine hoverfly larvae in 2021, the most larvae of this species ever bred in captivity and a significant increase for the critically endangered British population.

Meanwhile, our partners at Rare Invertebrates in the Cairngorms and Forestry and Land Scotland are creating more habitat for pine hoverflies in the wild. 2021's record-breaking breeding season meant we could begin staggered releases into this newly restored habitat in the Cairngorms, releasing nearly 3,000 larvae (the largest pine hoverfly release ever) in Autumn 2021 and again in Spring 2022. These releases are completed in collaboration with the Rare Invertebrates in the Cairngorms project, a partnership between the RSPB, Cairngorms National Park Authority, RZSS, Buglife Scotland, Butterfly Conservation Scotland, and NatureScot. The project is currently funded by the RSPB and Cairngorms National Park Authority, with some of the habitat work for this release funded by NatureScot’s Nature Restoration Fund.