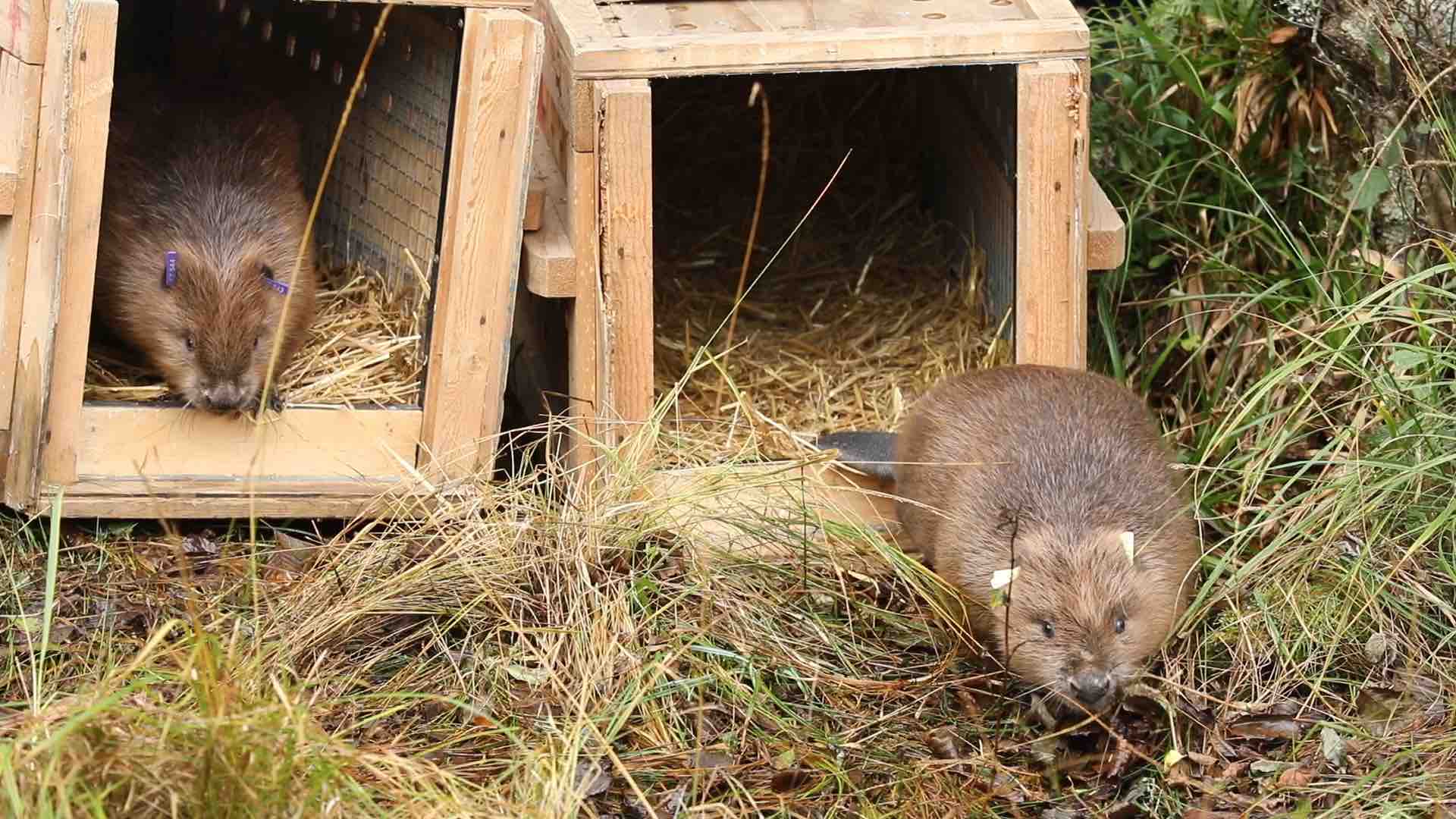 Beavers are back in Scotland thanks to the hard work of the award-winning Scottish Beavers projects, which our team at RZSS is proud to have been a part of.

The Scottish Beavers project started back in 2009 as the Scottish Beaver Trial, one of the largest field trials of its kind. Using Knapdale Forest in mid-Argyll as a trial site, the team worked in partnership with the Scottish Wildlife Trust, and with support from Forestry and Land Scotland, and NatureScot. This five-year partnership ended in May 2014 and was the first licenced reintroduction of a mammal to the UK, bringing beavers back to Scotland for the first time in 400 years.

After years of work collecting data and closely monitoring released individuals, we were able to present the findings of the Trial to the Scottish Government, who made the decision in 2016 to recognise the Eurasian beaver as a native species. This was followed in May 2019 by the news that the Scottish Government was granting beavers legal status as a European Protected Species.

The Scottish Beavers Reinforcement Project ran from 2017 to 2020 and had two major focuses – reinforcing the population released during the Trial with beavers from the Tayside population, which have different genetic stock, and monitoring the entire beaver population in Knapdale.

Exciting data gathered during the autumn 2019 survey period confirmed that beavers relocated from Tayside were successfully breeding in Knapdale and several kits had been born. This was fantastic news for Scotland’s hopes for a wilder future, as beavers are ecosystem engineers, positively impacting the environmental resilience of waterways, wetlands and woodlands, and boosting biodiversity by creating habitats for numerous other species.

We’re very proud to be part of the first ever successful reintroduction of a mammal to the UK, a milestone achievement that was only possible thanks to a wider collaborative effort and the hard work of many different people.

In 2019, the work and success of the Scottish Beavers Trial and Reinforcement was recognised by an RSPB Nature of Scotland award for Species Champions. The award is testament to the support from our visitors, members, and donors, and the hard work of teams from RZSS, the Scottish Wildlife Trust, with support from Forestry and Land Scotland, Scottish Natural Heritage, Heart of Argyll Wildlife Trust, Biffa Award, and players of People’s Postcode Lottery over the past decade.

RZSS staff members still actively contribute to the beaver management group here in Scotland and we now need your help to map the natural expansion of beavers in Scotland – find out how you can get involved.