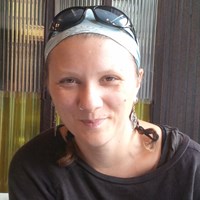 Gill has a background in research and the application of population genetic analysis to inform conservation management of rare and endangered species. She completed her PhD at the University of Aberdeen in 2011, examining population genetic structure of neutral and adaptive DNA markers. She has since used genetic and genomic tools to evaluate phylogeographic and population structure, hybrid status, population size, diet content, and environmental DNA viability; developing informative and transferable DNA-based assays for use with a wide range of species and to facilitate capacity building in collaborating countries.

She worked for five years as a research scientist, based within the Royal Zoological Society of Scotland’s (RZSS) WildGenes laboratory, collaborating closely with members of the European Association of Zoos and Aquaria (EAZA) community. Alongside government agencies, conservation charities, zoos and academic professionals, she has managed conservation genetic research for reticulated pythons, Scottish capercaillie, Malayan peacock pheasants, Ibis, Grey partridge, invertebrates, tigers, tortoise, and antelope species, among others.

Now based at the National Museums Collection Centre (National Museums Scotland) Gill is working as a Biobank Research Fellow with the BBSRC funded CryoArks initiative. She is coordinating biobanking activities at the NMCC and EAZA biobank UK hub in RZSS Edinburgh zoo and is responsible for establishing biobank facilities at the two sites, curating samples submitted to the hubs, managing sample metadata, providing end-user support, education and awareness within the zoo community, and promoting the CryoArks and EAZA biobank initiatives