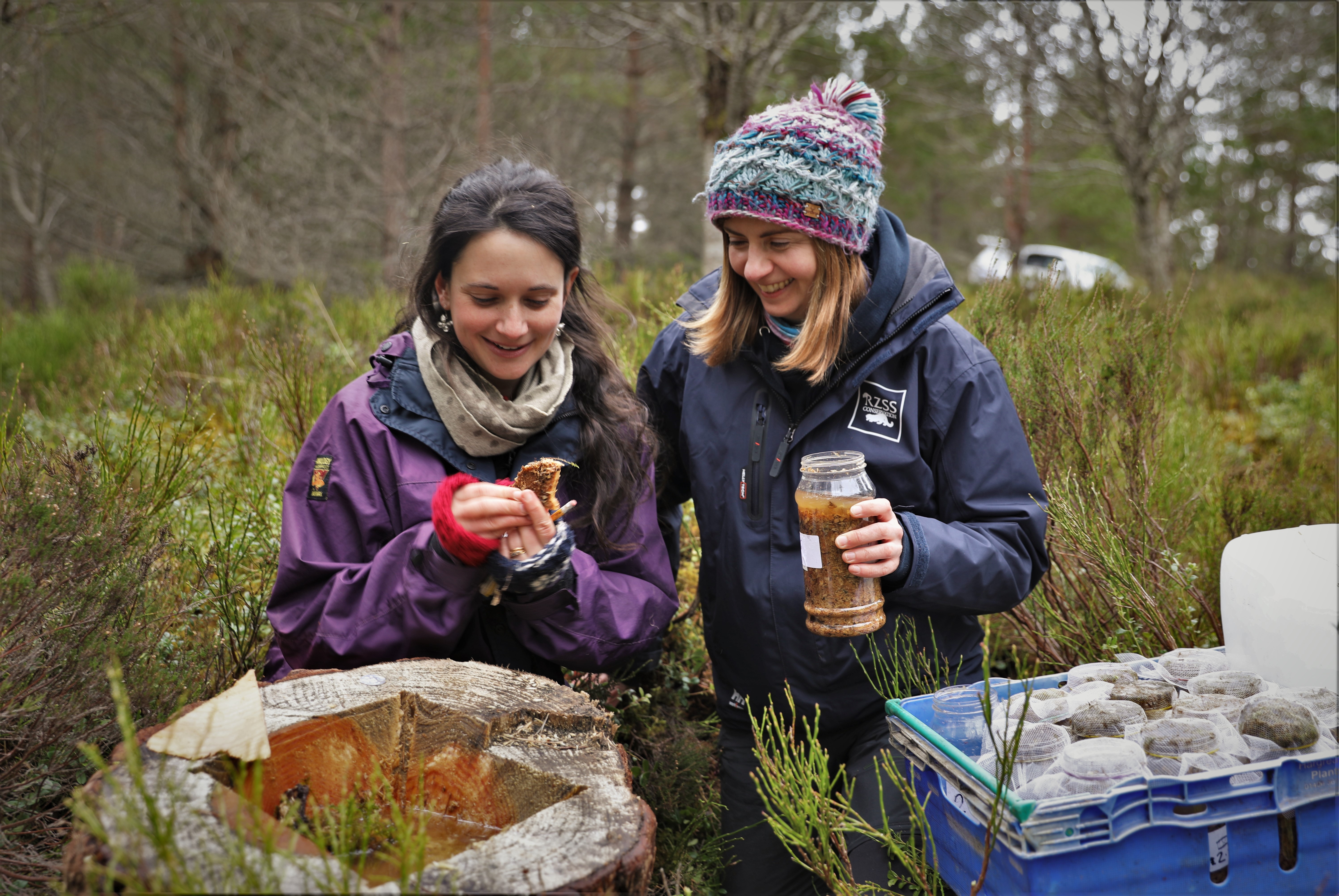 Releases to boost Britain’s critically endangered wild population of pine hoverflies are being carried out this week by the Royal Zoological Society of Scotland (RZSS) and the Rare Invertebrates in the Cairngorms (RIC) project.

Now, RZSS is releasing 3,000 more pine hoverfly larvae into three forest habitats carefully managed for conservation by Forestry and Land Scotland (FLS) and the RSPB in the Cairngorms National Park.

Dr Helen Taylor, RZSS conservation programme manager, said, “The pine hoverfly is one of the most endangered species in Britain and has not been seen here in its adult form for almost a decade.

“Each individual pine hoverfly larva is a lifeline for our native population and, collectively, these little insects have a huge positive impact on forest ecosystems, acting both as pollinators and waste removers. Ecosystem restoration relies on so many moving parts working together and by collaborating with FLS and the RSPB we’ve been able to align our missions, creating suitable habitat and then restoring the species that call it home.

“It’s taken a huge amount of hard work from our dedicated teams to get to this point and we’re so grateful to the support from our partners, funders and other conservation champions, including visitors to our parks.

“It is always exciting to celebrate such meaningful conservation milestones, particularly for species that are so often overlooked. We are really looking forward to sharing the pine hoverfly story as part of our charity’s work to create Scotland’s Wildlife Discovery Centre, which will be built at Highland Wildlife Park later this year.”

Genevieve Tompkins, RIC project officer, said “This is an exciting time for our volunteers and local communities, who have really taken the pine hoverfly to heart. These releases are the culmination of many years’ hard work by a broad range of people, including the Malloch Society, RIC pine hoverfly species champion Eileen Mathers and all our project partners. Seeing these rare and beautiful flies back in a diverse forest is the ultimate reward for all these efforts.”

Funding for the RZSS breeding programme from Cairngorms National Park Authority, Forestry and Land Scotland, Marvelous Europe Inc., NatureScot, The National Geographic Society, alongside support from the Scottish Government’s zoos and aquariums fund and players of People’s Postcode Lottery, has been critical in ensuring this vital project can continue.

Donations to support RZSS conservation work in Scotland and around the world can be made online at rzss.org.uk/conservation/support