Truckloads of support for threatened wildlife in Brazil 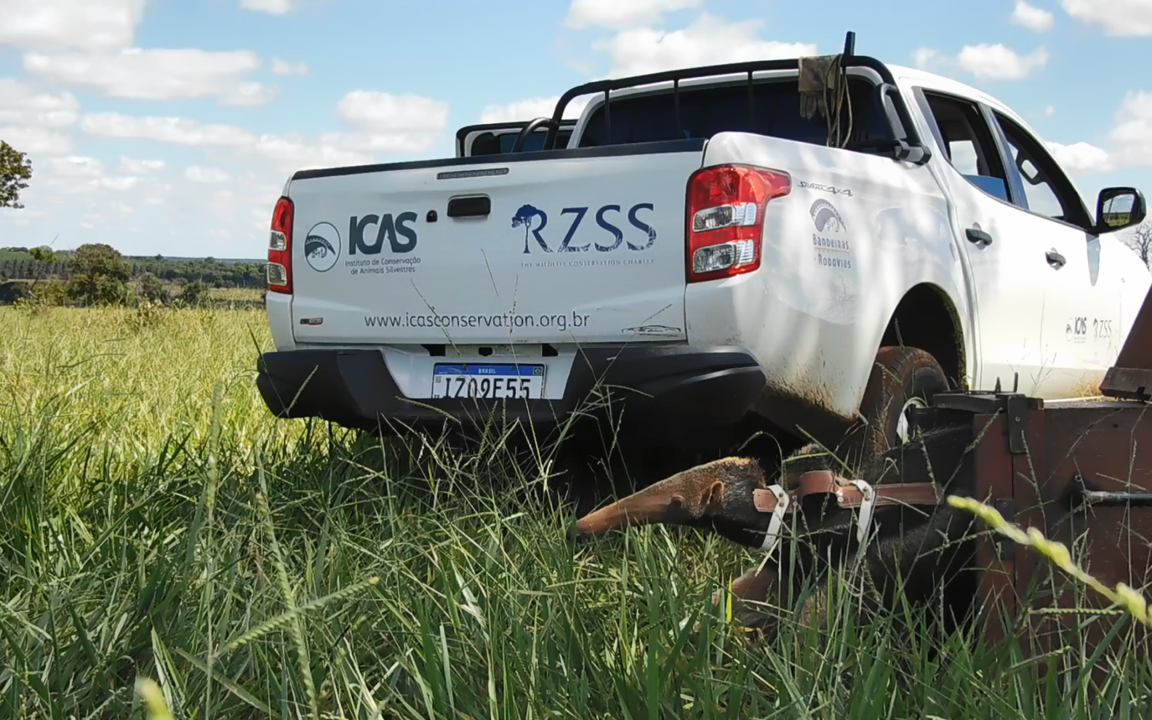 The wildlife conservation charity has worked with the Wild Animal Conservation Institute (ICAS) in Brazil to safeguard these giant species and their threatened habitat for over a decade, and after a £12,000 donation, the ICAS team has been able to purchase a vehicle that will enable them to work with giant anteaters and giant armadillos across an even bigger range.

Dr Helen Taylor, conservation programme manager at RZSS, said, “Dr Arnaud Desbiez and the ICAS team have discovered nearly everything that is currently known about giant armadillos and have made incredible strides in making habitats and roads safer for giant anteaters in Brazil.

“Over the many years our two organisations have worked together, ICAS’ work has grown to cover three important ecosystems in Brazil – the Pantanal, the Cerrado, and the Atlantic Forest. The huge distances involved in this work and the rugged driving conditions make 4x4 transport essential to success. This is a very meaningful way for us to increase our support for Arnaud’s amazing work.”

Speaking from Brazil, Dr Arnaud Desbiez, zoologist and founder of ICAS said “RZSS has always been a keystone funder for us. They’ve been there right from the beginning when it was just me and a few camera traps, looking for giant armadillos in the Pantanal to learn more about them.

“Since then, we have grown into an NGO that employs 20 people and works on two species across three biomes. RZSS has remained a catalyst for all that growth, and this additional funding for a new truck will help us get to all the places we need to be to help save Brazil’s incredible giants.”

Every visit to Edinburgh Zoo and Highland Wildlife Park, home to RZSS, enables the charity to fund vital conservation work like this in Scotland and around the world.

This work is also made possible thanks to players of People’s Postcode Lottery.