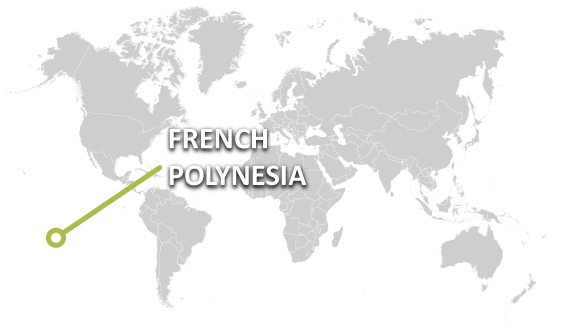 RZSS has been involved with Partula snail conservation since 1984, breeding a large range of Partula species since they first arrived at Edinburgh Zoo in 1987. Thanks to the combined efforts of RZSS and our partners, a number of species have been saved from extinction.

During the 1970s, many of the 77 species of Partula snail became extinct following a failed attempt at biological control. The rosy wolf snail was introduced to the Pacific region to control numbers of another non-native species, the giant African land snail, however it started predating native Partula snail species instead. In order to conserve the remaining species, many were taken into captivity, allowing breeding programmes to be set up with the long term aim of restoring population numbers back in their native home range.

The conservation strategy for partulids in French Polynesia involves:

In 2010, Edinburgh Zoo was entrusted with the very last captive individual of the Partula taeniata simulans subspecies, which we have since bred back to a safe level of several hundred. This work was recognized in 2012 when we were awarded the prestigious “BIAZA Award for Significant Contribution to Conservation Breeding” for saving this subspecies of Partula snail from extinction. We have subsequently reintroduced the subspecies back to its native Moorea, sending a total of 646 of these snails back in 2016 and 2018.

In 2018 the efforts of the Partula snail conservation project partners reached a significant milestone, with over 10,000 snails bred for release, both here and in partner institutions, back into French Polynesia. This represented not only a significant step in securing the future of the Partula snail but established the project as a one of the world leading conservation breeding success stories.