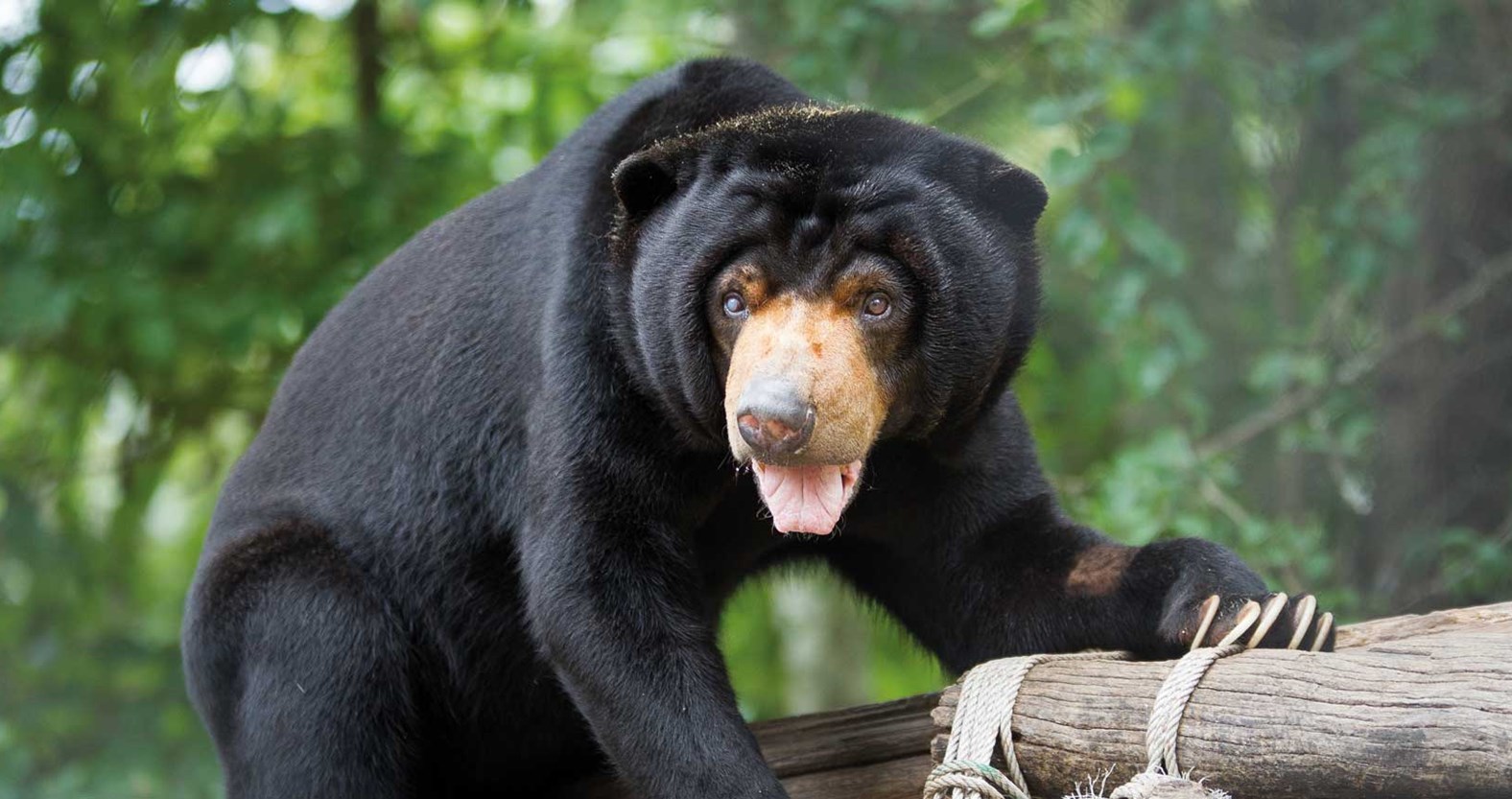 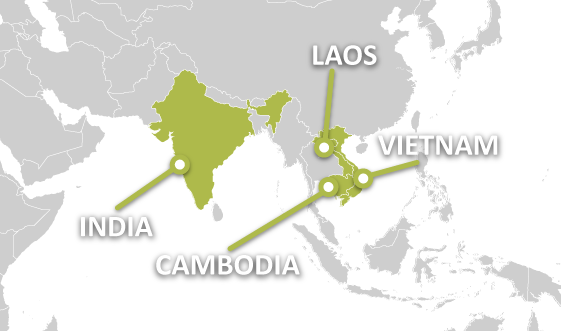 Sun bears are both the world’s smallest bear species, standing at around 1.2 metres tall, and one of the rarest. They face serious threats from habitat loss and the illegal wildlife trade.

Here at the Royal Zoological Society of Scotland (RZSS), we have been working to protect sun bears since 2010, when a pair of bears, rescued from the illegal pet trade in Cambodia by Free the Bears, were rehomed at Edinburgh Zoo.

Free the Bears was founded in the early 1990’s by Mary Hutton, who became determined to help suffering bears across Asia after seeing distressing footage of moon bears in bile farms. The Free the Bears sanctuary in Cambodia is now the world's largest sanctuary for sun bears and the charity has expanded to include sanctuaries in Vietnam, Laos, and India, with over 900 bears rescued to date.

Below: RZSS Veterinary Surgeon, Romain Pizzi, performing a health check on a moon bear with the Free the Bears team in Vietnam 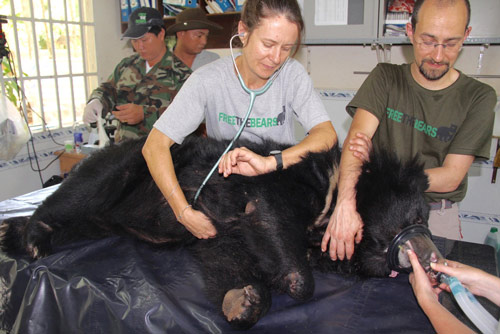 Free the Bears continues to rescue an average of one new bear every month from the illegal wildlife trade in Cambodia alone. Rescued bears also have a wide range of medical needs and so specialist veterinary care is vital to tackle issues such as snare wounds and zoonotic disease, as well as helping support the care of orphaned cubs.

At RZSS, we support the work of Free the Bears by providing funding and capacity building with local veterinary teams based at their sanctuaries. In addition to relatively simple skills training, such as gas anaesthesia or sterilization of surgical kits, this work has grown to include ground-breaking surgeries, such as the world’s first keyhole surgery to remove damaged gallbladders from former bile farm bears.

We are proud to support the life-saving work of Free the Bears and hope that by raising awareness of this vital conservation work and working with the charity throughout Asia, we can continue to safeguard this incredible species.

You can help protect sun bears in Asia and other threatened wildlife around the world by donating today - if you can, please support our Survival Fund.