RZSS WildGenes Blog - Cambodian culture and the treatment of elephants

To celebrate World Elephant Day, we have a guest blog written by Darith Sieng at the Royal University of Phnom Penh (RUPP). 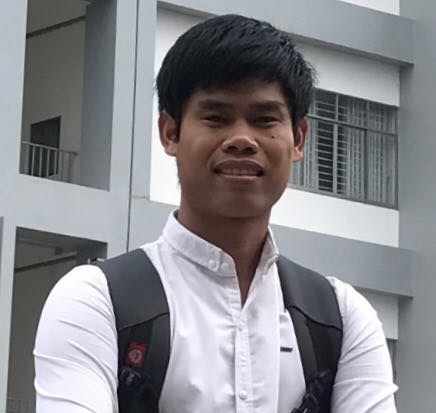 Darith is helping to develop the first conservation genetics lab in Cambodia and is taking a lead role on our project, with Flora and Fauna International and RUPP, investigating the illegal trade of ivory. We hope you find his insight into Cambodian culture interesting:

“Elephants have important cultural significance in Cambodia. The walls of Angkor Wat, the largest religious building in the world since the 12th Century, are decorated with bas-reliefs of elephants. Located in north-west Cambodia, this World Heritage site is also surrounded by other ancient temples that depict elephants in various sculptures. Today, elephants are still a highly regarded part of Cambodian life.

“During my childhood, I still remember the great respect that people in my village had for elephants. Many still believe that elephants are intelligent animals chosen by god to help benefit the people. In the south-west of Cambodia, many people also believe that they can help to get rid of bad spirits or bad luck if an elephant walks round their house three times. This belief has led to a tolerance of elephants near communities in some parts of Cambodia. Moreover, elephants are thought to have the ability to determine and respect only good or clever people. This faith is demonstrated in the historic Khmer movie called Chao Sro Tob Jek, produced in the 1960s and still watched by many Cambodians growing up. 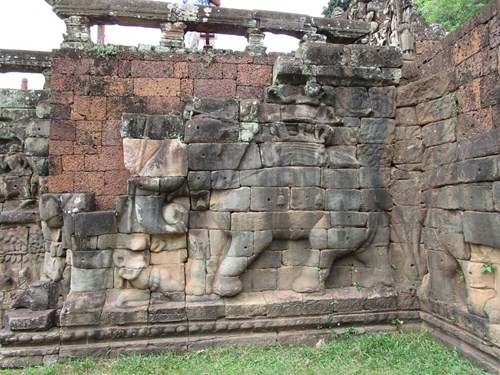 Photo above - Bas relief of elephant at Angkor Thom

“On the other hand, in some parts of Cambodia, elephants are used for transportation and work, with captive elephants being owned by individuals or village collectives. A law against the capture of wild elephants in Cambodia has been in place since the 1990s and there is also a cultural taboo against breeding elephants in captivity. The current captive population is largely composed of elderly elephants captured in the wild before it was outlawed. And with more reliance on motorbikes for transport, often the elephants are seen as an expensive burden in modern times and the practice of keeping them is declining.

“Even though elephants are honoured and have been useful in traditional Cambodian culture, the estimation of the wild elephant population has declined from about 2,000 individuals in 1995 to around 250 to 500.

“The decline of the elephant population in Cambodia has been caused by many factors.  Deforestation is one of the major causes as it leads to the loss of habitat, food and breeding opportunities for the elephants. Another main threat to the Asian elephant is illegal hunting and trapping for meat and skin, but the biggest driver of the killing of elephants worldwide is the illegal ivory trade. So the need for conservation activity and law enforcement within Cambodia is vital in order to protect the few remaining elephants. 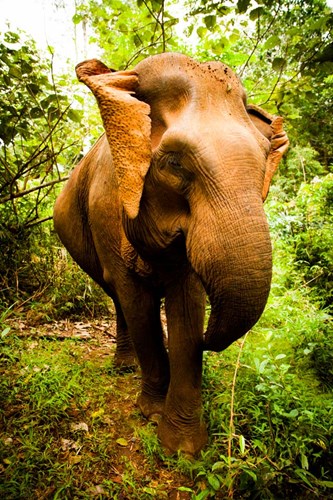 Photo above - Rescued elephant in the Eastern Plains Landscape of Cambodia. Photo by Pete Johnson from Pexels

“The Royal University of Phnom Penh (RUPP) is providing a master’s degree in Biodiversity Conservation with the support from an NGO, Fauna and Flora International (FFI). In the last two years, the university, with the cooperation of FFI and the Royal Zoological Society of Scotland (RZSS), has started to develop the first conservation genetics laboratory in Cambodia. The initial projects have focused on wild elephants in Cambodia and the ivory trade.

“The wild elephant DNA survey provides essential information about the estimation of population size and the connectivity of populations, which will hopefully lead to improved future management of elephants in Cambodia. Currently, we are also developing a genetic test that can identify the elephant species (African or Asian) of a piece of ivory to find out where the ivory in Cambodia is coming from. Hopefully this information can be used by local law enforcement agencies to better target their interventions in the illegal ivory trade routes and highlight the most at risk elephant populations in Cambodia as well as the world. 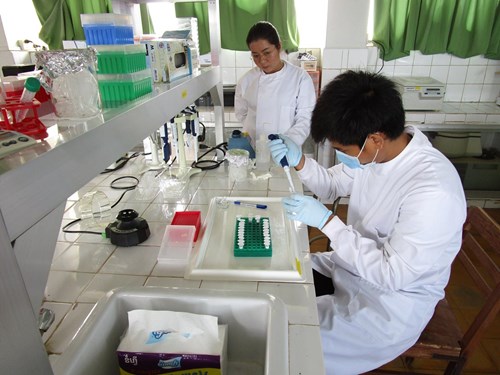 Photo above - Conservation Genetics Laboratory in the Royal University of Phnom Penh, Cambodia

“We hope that our conservation actions will be successful and help to save and protect wildlife species in Cambodia. I look forward to updating you again soon!”

This work is funded by a grant from the UK government’s Department of Environment, Farming and Rural Affairs (DEFRA) and players of  People’s Postcode Lottery help support the vital work of the Royal Zoological Society of Scotland’s WildGenes lab.