Find out more
About RZSS 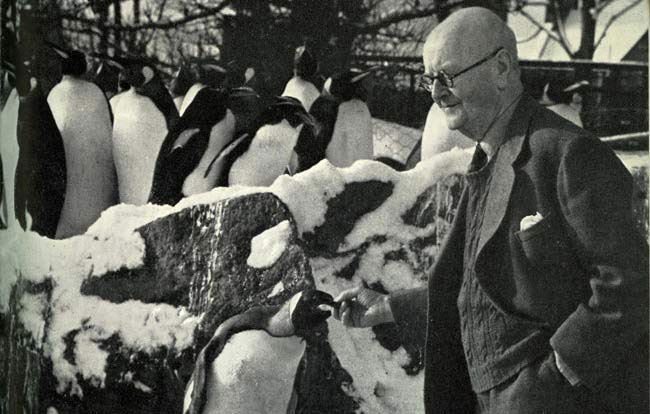 Above: RZSS founder Thomas Gillespie, pictured at Edinburgh Zoo in 1959.

The Royal Zoological Society of Scotland (RZSS) was founded in 1909 by Edinburgh lawyer Thomas Gillespie. A visionary and nature enthusiast, in just four years Thomas garnered sufficient support and funding to enable RZSS to buy an 85 acre site to the west of Edinburgh, with help from the City of Edinburgh Council.

Edinburgh Zoo was opened to the public on 22 July 1913 and was incorporated by Royal Charter later that year. However it was only in 1948, following a visit by HRH King George VI, that the Society was granted the privilege of adding the prefix 'Royal' to its name. It remains one of only a few zoos with a Royal Charter in the United Kingdom. Today, Edinburgh Zoo is home to over 2,500 amazing animals.

In 1986 Highland Wildlife Park near Aviemore joined the RZSS family. The park is now home to 200 amazing animals, including native Scottish species as well as incredible animals from the world's mountains and tundra regions.

Our 2030 strategy makes three pledges to help create a world where nature is protected, valued and loved - find out more.

Key dates from our history:

1919
A king penguin chick hatches at Edinburgh Zoo, the first ever to hatch in captivity

1947
Wojtek arrives at Edinburgh Zoo. Also known as the Soldier Bear, Wojtek was a Syrian brown bear that lived a particularly extraordinary life as part of the 22nd Company Polish Army Service and Corps (Artillery) troops before retiring to Edinburgh Zoo after the war

1948
Following a visit by HRH King George VI, the Society was granted the privilege of adding the prefix 'Royal' to our name

1951
The world famous Penguin Parade began when a gate was left open and a gentoo penguin escaped. The keeper decided to see what would happen and it was followed by other penguins to the front of the Zoo. The parade has continued voluntarily to this day

1976
The former cafeteria and souvenir shop was converted to an Education Centre to create awareness in the community of wildlife and environmental matters and was formally opened in 1976. Since then, Discovery and Learning at the Zoo has gone from strength to strength. The award winning education programme has reached over 1 million pupils both onsite and through outreach programmes

2008
Sir Nils Olav, a king penguin at Edinburgh Zoo, is Knighted by the Norwegian Guard

Our new 2030 strategy was launched with three new pledges to help create a world where nature is protected, valued and loved 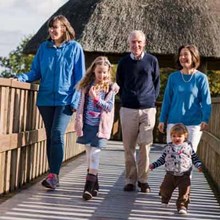 We receive no direct government funding and rely on the generosity of supporters just like you.