Out of the ashes

The consequences of climate change and biodiversity loss can already be seen right around the world with serious impacts for many species, not least our own. During CoP26, we’ll be sharing blogs from RZSS experts working in Brazil, Uganda and Scotland, to hear how taking responsibility for our changing environment is a role we all share, no matter where or who we are.

Wildfires are a natural occurrence throughout the dry season in Brazil, but recent extreme weather events have resulted in much bigger and more prolonged fires which devastate both wildlife and local livelihoods alike. Dr Arnaud Desbiez is an RZSS conservation associate in Brazil and the founder of the Giant Armadillo Conservation Programme and Anteaters & Highways projects. RZSS has supported Arnaud and his work across Brazil protecting giant armadillos and giant anteaters for over a decade, during which his team have become the leading experts on these mysterious giants. Here’s the latest update from our team in Brazil and an overview of the challenges they’re facing today. 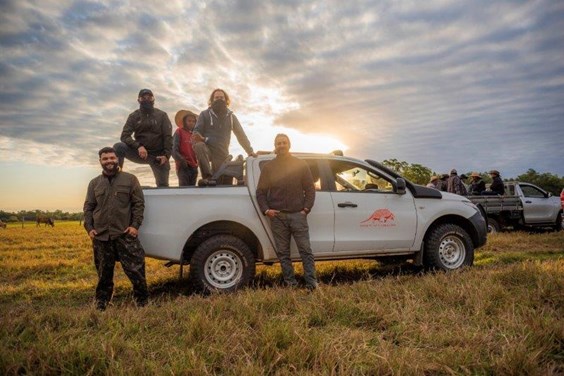 The Brazilian Pantanal, the world’s largest wetland, suffered massive wildfires in 2020. Almost a third of this precious biome, an area nearly the size of Switzerland, burned. Thousands of animals were killed or injured and families who rely on ranches in the Pantanal to make a living saw their livelihoods damaged or even destroyed.

Seeing the catastrophe unfolding around us, the Giant Armadillo Conservation Project joined forces with the Lowland Tapir Conservation Initiative to purchase firefighting equipment that was hand delivered to groups around the Pantanal allowing for an immediate response to the fires. Wildlife rescue efforts began, and camera traps, batteries, and memory cards were purchased and deployed to fully burnt areas to monitor animals that needed supplementary feeding. We even created a WhatsApp group to organize the rescue, care and release of tapirs injured by the fires.  In addition to these immediate measures in 2020 we decided to put in place long term measures. 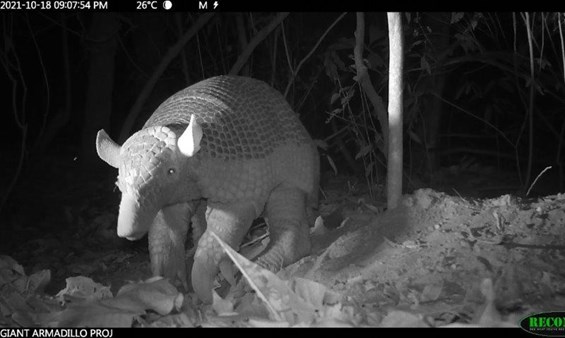 Arnaud and his team have worked in Brazil for over a decade to find out more about the mysterious giant armadillo.

Ranches have traditionally helped each other combat naturally occurring fires, but the blazes we are now facing are on an unprecedented scale making these collaborative efforts more important than ever. We have therefore created community-based fire brigades.  The new fire-fighting teams are organised so that key equipment, including a 5,000L portable water tank and motor pumps, are kept at a central location and transported when needed to neighboring ranches. We also gave individual ranches firefighting equipment and enough protective clothing for three to seven people, depending on the size of the ranch.

Climate and landscape changes mean out of control fires are expected to become a new reality for the Pantanal and we know we need to extend these fire brigades. Despite all the restrictions due to the pandemic, we were able to hold two training courses this year and donate firefighting materials to seven ranches in the Pantanal surrounding our research sites. 42 people from seven ranches took part in firefighting training and, thanks to this effort, 1,000km2 of Pantanal is protected for the future. A neighboring ranch has now agreed to host more community firefighting training sessions and expand the effort into new ranches and neighbors. Ultimately, for the sake of both wildlife and local livelihoods, we need this campaign to spread throughout the region. 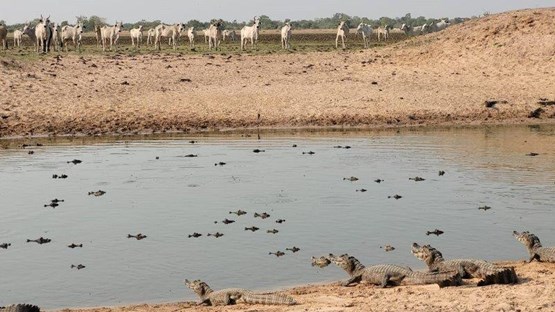 Wildlife and local livestock, like these caiman and cattle, are forced to share the last remaining watering holes.

In the face of devastating fires and covid challenges, consistent communication and effective collaboration show again how, when we work together, both people and wildlife benefit. Last year was the worst drought in 50 years. This year it is the worst in a century. In these challenging times of climate emergency, it is some comfort to know our field site, the home of so many threatened species, now has at least some protection against the ravages of climate change. Our hope is that the leaders gathered at CoP26 in Glasgow will enact meaningful legislative changes that will prevent things from getting worse for us, the species we watch over, and our planet.

Our partnership with Dr Arnaud Desbiez and his team in Brazil is also supported by players of People’s Postcode Lottery. 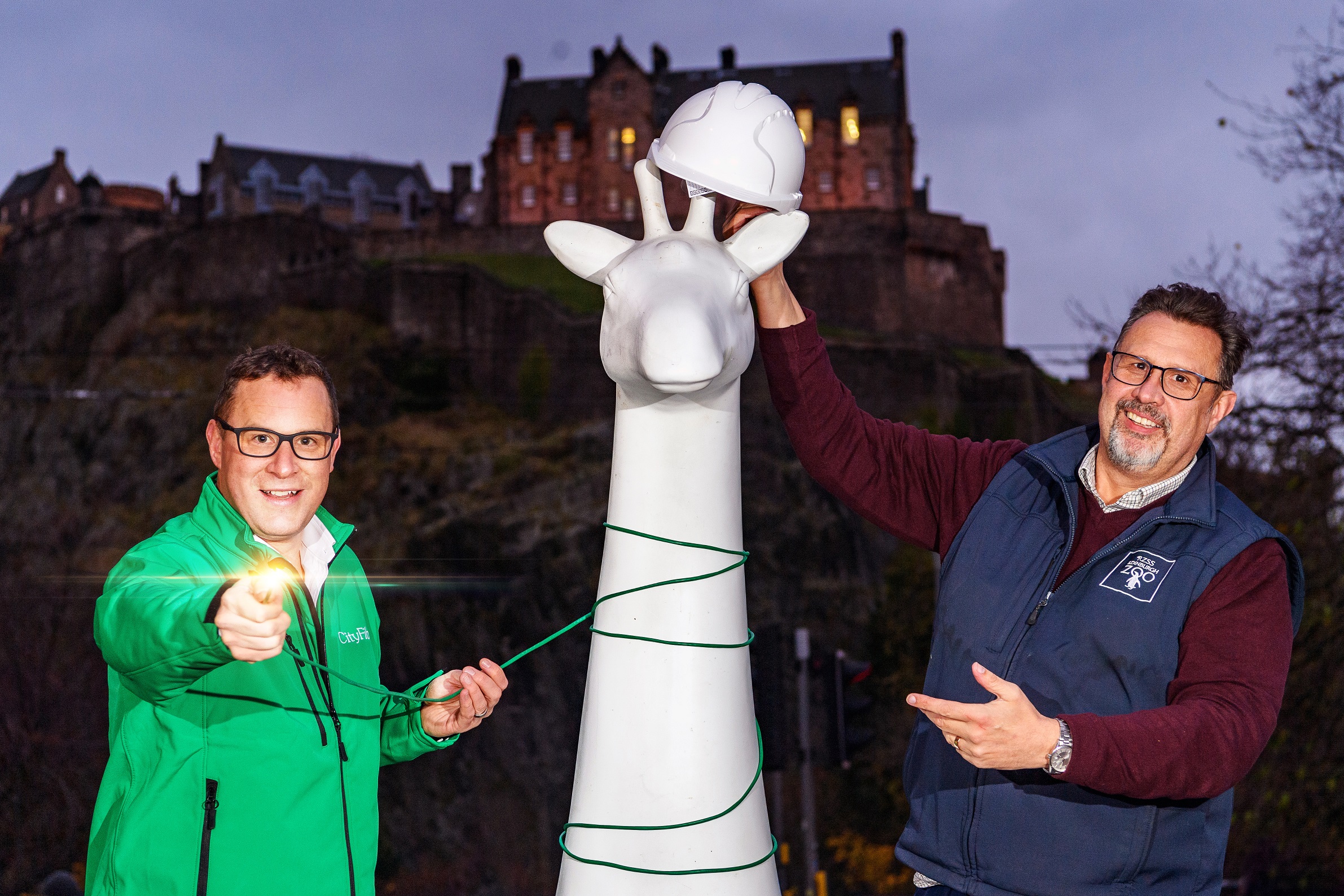 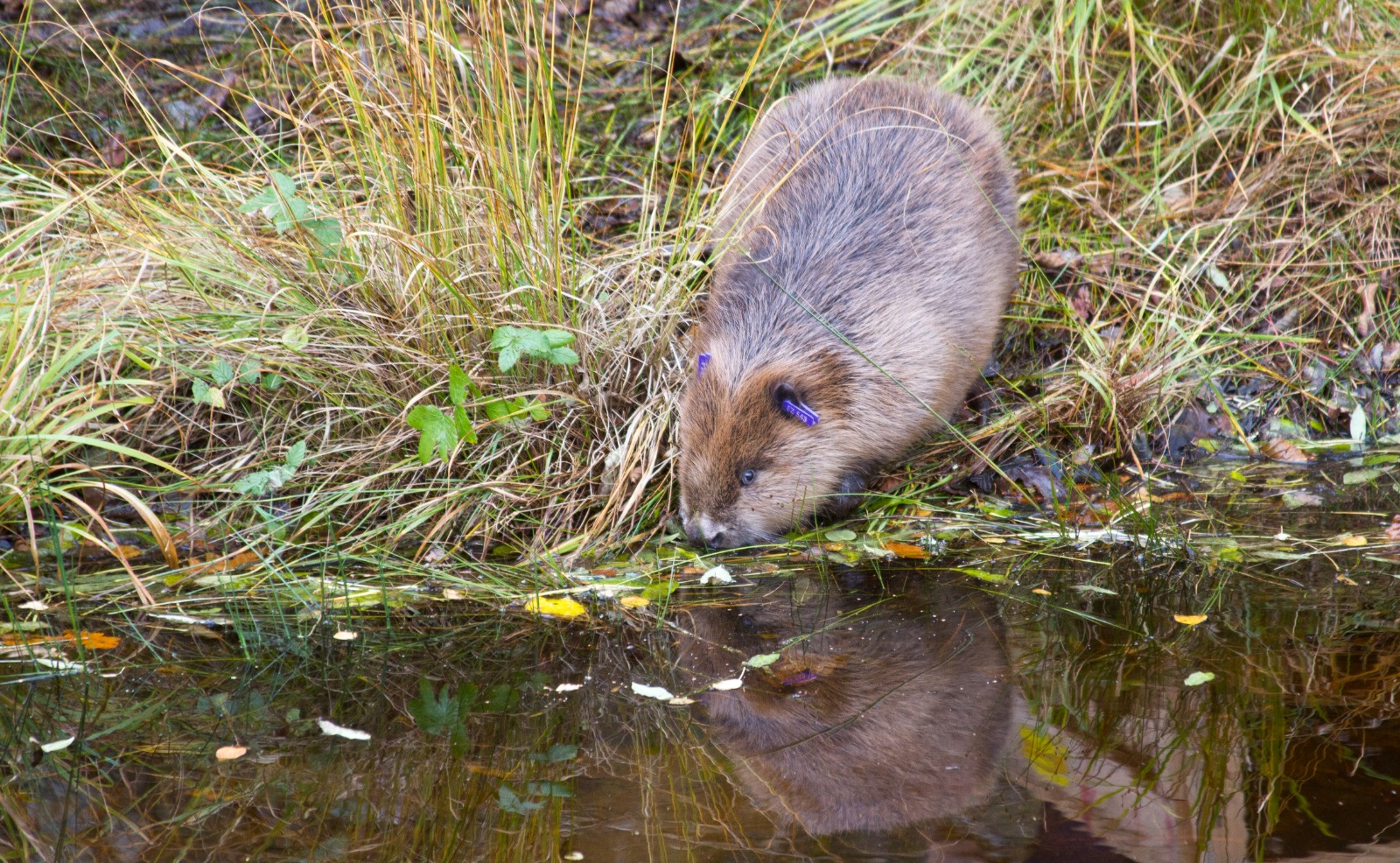