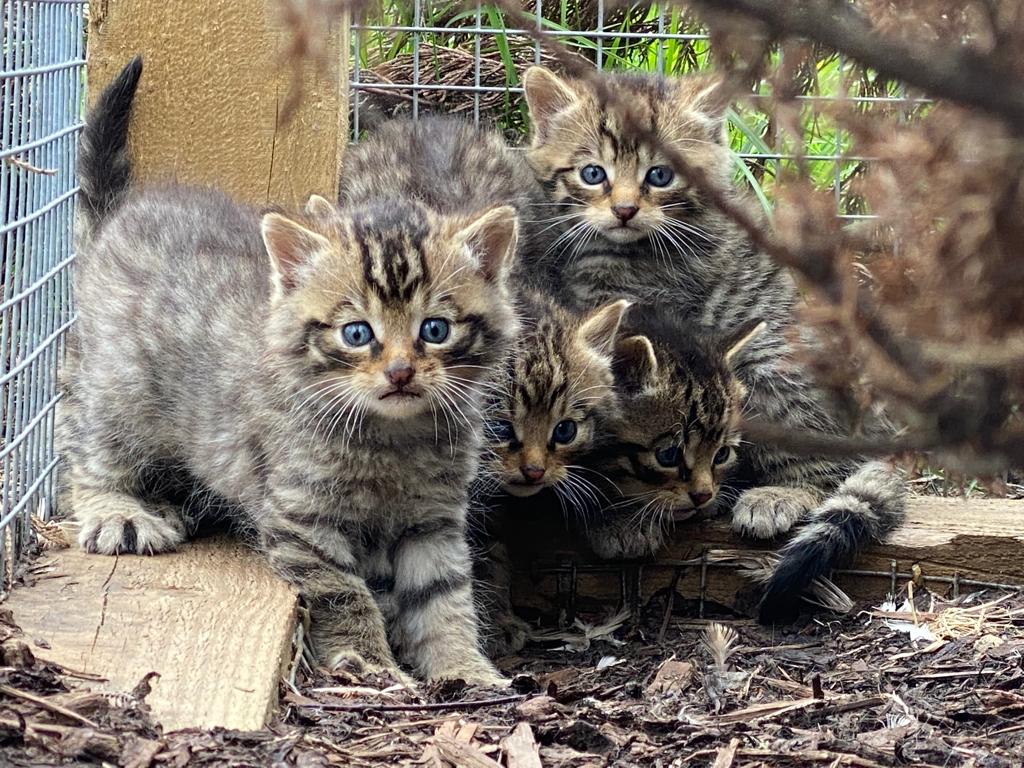 Keepers at the Saving Wildcats conservation breeding for release centre have captured images of one of two new litters of wildcat kittens, who could be among the first of their species to be released into the wild in Britain.

In a quiet area away from visitors at the Royal Zoological Society of Scotland’s Highland Wildlife Park near Aviemore, the two litters of five were born to mums Tulla and Margaret, bringing the total number born in the European partnership project’s first ever breeding season up to 18 so far. Litters of five are incredibly rare in the captive breeding population, so to have two in one breeding season is incredibly exciting.

Saving Wildcats (#SWAforLIFE) is working with national and international experts to restore Scotland’s critically endangered wildcat population by breeding and releasing them into carefully selected locations in the Cairngorms National Park. The project team remain hopeful for more births over the coming weeks.

Supporters can sponsor to help secure a future for Scotland’s wildcats at savingwildcats.org.uk/sponsor.

Led by RZSS in collaboration with NatureScot, Forestry and Land Scotland, The Cairngorms National Park Authority, Norden’s Ark and Consejería de Medio Ambiente y Ordenación del Territorio de la Junta de Andalucía, the six-year recovery project is funded with the contribution of the LIFE Programme of the European Union and the generous support of the Garfield Weston Foundation, The National Trust for Scotland, The People’s Trust for Endangered Species and The European Nature Trust.