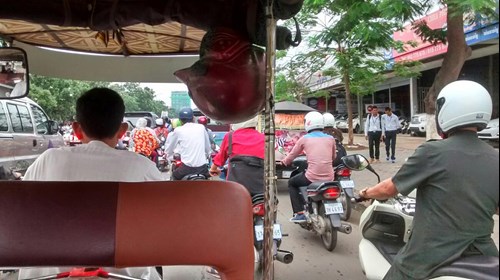 It was a nervous few hours waiting at the baggage carousel in Phnom Penh Airport. We had been informed by lost luggage that the seven bags of lab equipment we travelled with from Scotland had been delayed. The tarmac was wet with monsoon rain when we touched down in Bangkok (where the baggage had apparently got stuck) but it was still very hot by Edinburgh standards.

Over the last few months we’ve been working in the RZSS WildGenes lab, based at Edinburgh Zoo, testing and refining suitable DNA extraction and analysis protocols. These were due to be used at the lab here at the Royal University of Phnom Pen by a joint team of staff from the university, Fauna and Flora International and the Worldwide Fund for Nature (WWF Cambodia), who we will be training over the next few weeks and supporting in the longer term. 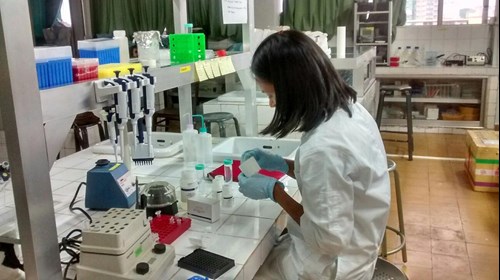 As I waited, my mind couldn’t help but picture the ice around the sensitive DNA reagents melting in the Asian heat. The bags contained enough equipment to collect over one thousand samples of elephant dung, which would then be analysed by laboratory staff at the university in collaboration with Fauna and Flora International, WWF Cambodia and the Wildlife Conservation Society.

It is hard to tell how many elephants are left in Cambodia because their habitat consists of dense forest. Previous surveys were conducted for individual areas, however this is the first time the teams will have landscape-wide estimates. The field teams conducting the dung sampling can go for years without seeing an actual elephant, but it’s thought that fewer than a thousand might still be roaming the wild, and only around 300-600 in Cambodia. The main threat to their survival is deforestation, although poaching has also played a significant role. 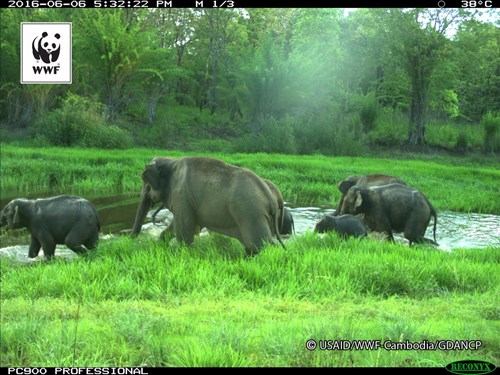 These DNA surveys will be crucial in establishing population estimates, population divisions and learning more about the movement of individual animals.  Ultimately, this data will be invaluable in informing future management decisions for the protection of Cambodian elephants in the wild.

As you can imagine,  I breathed a huge sigh of relief when the bags appeared on the next flight a few hours later. We are now in the first few days of testing the protocols as a team and look forward to sharing further updates as the trip progresses.