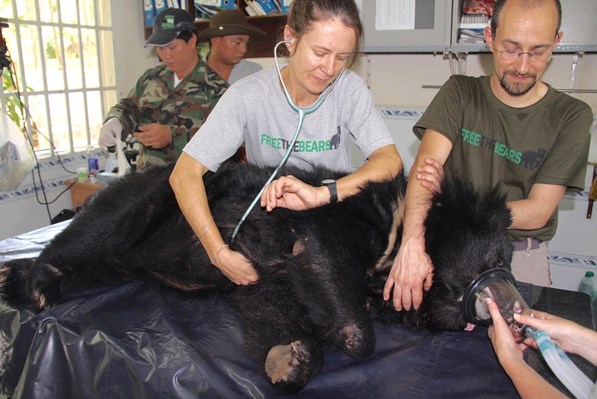 Wild populations of bear species in Southeast Asia have been decimated as a result of the illegal trade in bears and associated products. As a result, RZSS have been supporting the work of Free the Bears since 2010, helping to save bears from the wildlife trade and conserve this increasingly threatened species. The relationship with Free the Bears began when RZSS Edinburgh Zoo re-homed two rescued bears, Somnang and Rotana, who were unable to be returned to their native habitat.

As part of this developing relationship, RZSS has signed a memorandum of understanding (MOU) with Free the Bears and is committed to helping improve veterinary skills and the capacity of local wildlife veterinarians across Cambodia, Vietnam and Laos. I usually travel out to Southeast Asia once or twice a year to work with the local vets and treat rescued sun and moon bears (also sometimes called Asiatic black bears). 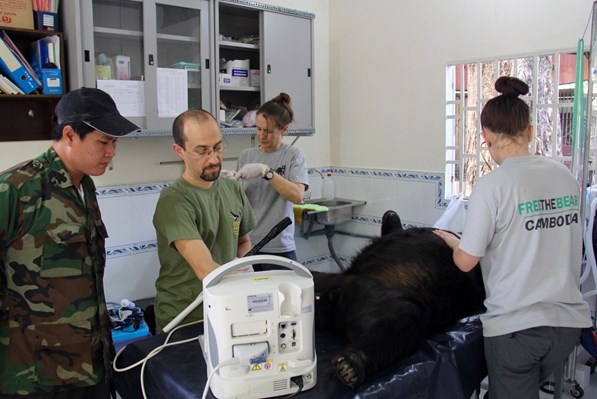 In May this year, I ventured out on the most recent of these capacity building trips to visit the Cat Tien National Park in Vietnam. Working alongside the local veterinary team, we performed anaesthesia, examinations and treatments on as many as 24 rescued sun bears and moon bears. The nature of the surgeries was quite varied and ranged from treating mouth ailments to endoscopic diagnosis of chronic gastrointestinal issues.

In addition to the treatment of individual animals, the trip was also a great opportunity to undertake further collaborative research with Free the Bears regarding the conservation breeding potential of rescued bears. With the increasingly small and fragmented wild populations of these species under threat, ex-situ conservation breeding with the aid of world-leading zoological societies may have an extremely important role to play. Rescue centres, such as those run by Free the Bears, could act as invaluable conservation arks for the future conservation of the species. 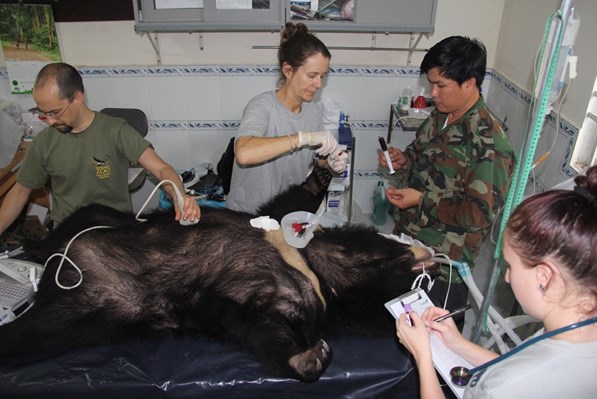 The reproductive potential of wild bears housed in rescue centres is, however, uncertain. Preliminary research, which started last year, found many rescued bears have potentially inactive ovaries and may not be well suited for captive breeding. Factors such as age at rescue, and the level of care prior to rescue, appear to play a role and are the subject of ongoing research. These will be just a few of the important considerations when planning future captive breeding programmes. The latest findings from this trip also provide valuable data for the wider zoological and conservation community and I was pleased to be able to present our results during the BIAZA research symposium in June.

Progress in the fight against the illegal wildlife trade can seem frustratingly slow at times; however, the work of organisations such as Free the Bears does provide genuine hope for Asian bear species. Being able to assist in building their veterinary capacity for the future and helping to improve the quality of life for individual bears within rescue centres is a great privilege. It is also an example of the more immediate difference that can be made, whilst more preventative measures and improved law enforcement come into effect.

(Images by Free the Bears) 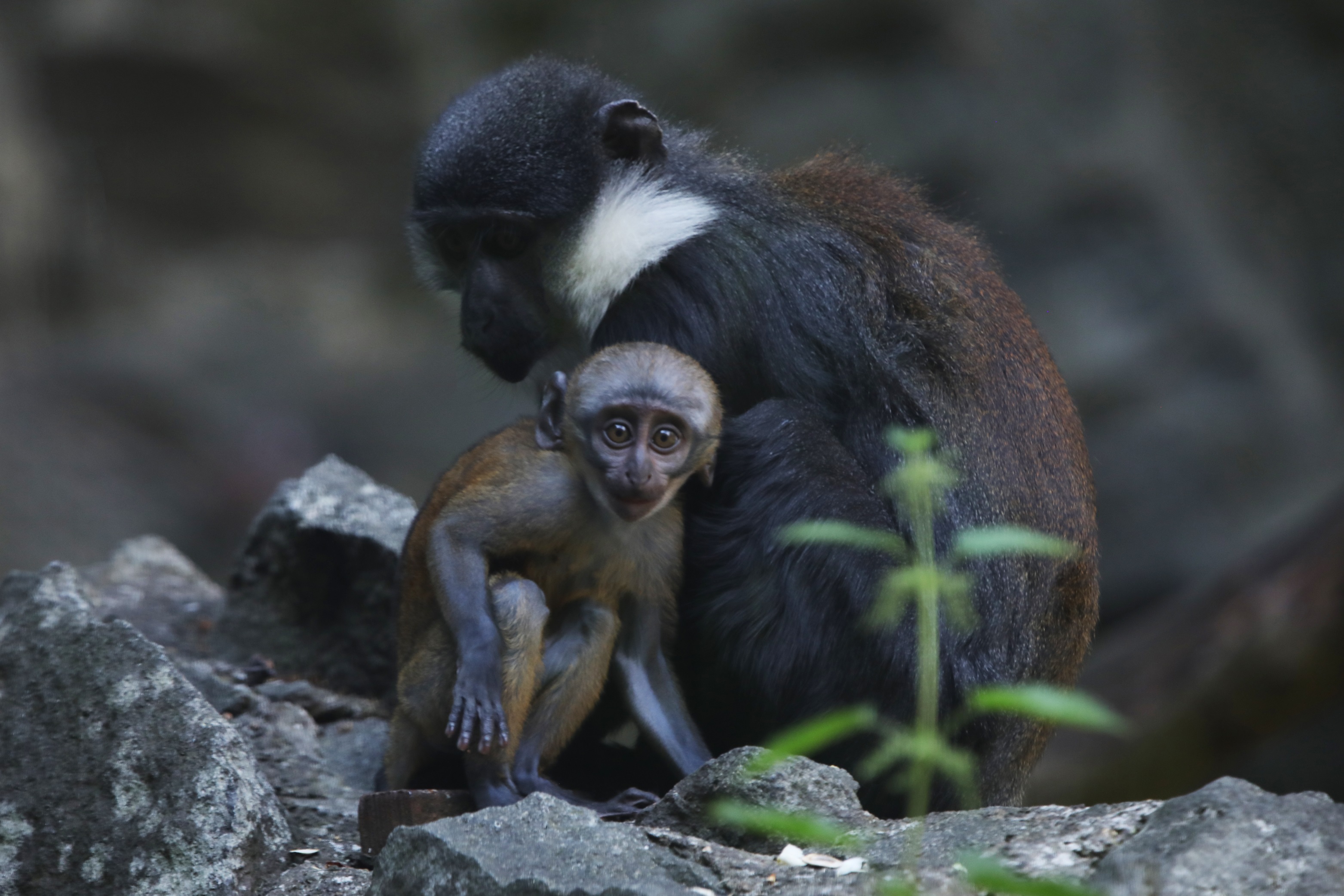 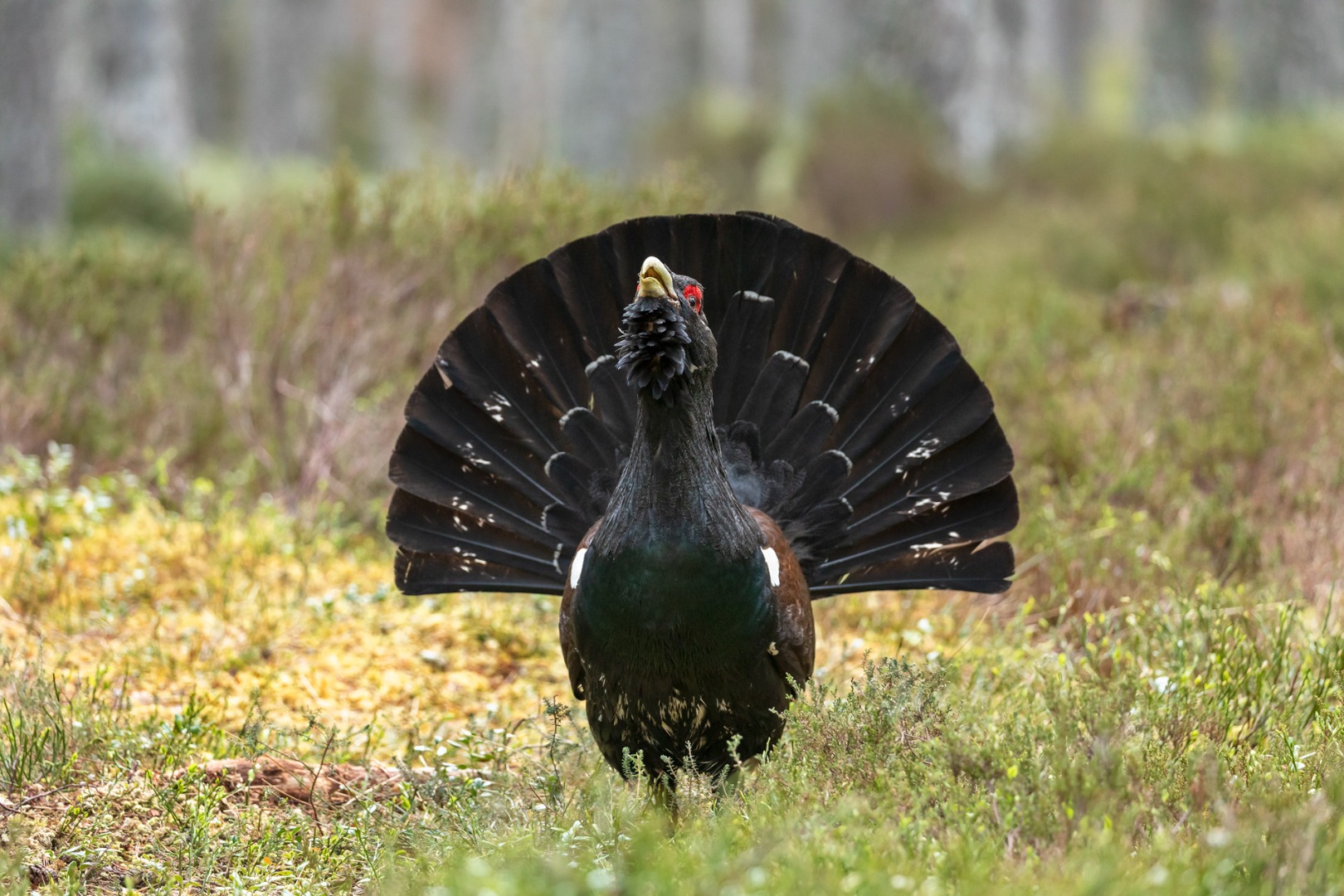